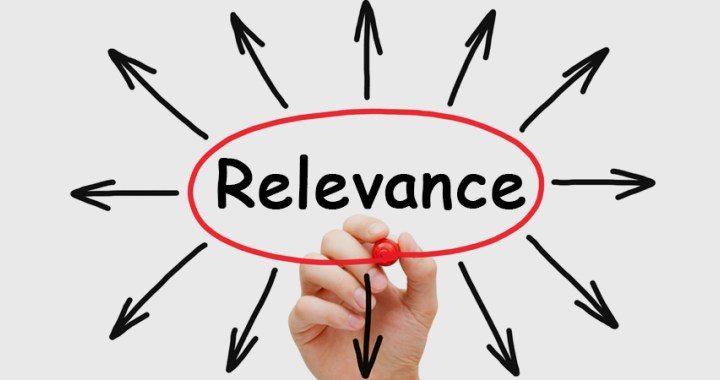 Is God’s word relevant for today?  Has the Church become an irrelevant relic of the past, or does the Church of Jesus Christ (not of latter day saints) still have something to offer our current postmodern, post-Christian culture?

There are many who believe that the Church must reinvent itself, or face certain death.

One leader clearly expressed this belief years ago.  Speaking to the Church he wrote, “It is time for a PostModern Reformation … Reinvent yourself for the 21st century or die.”[1]  My question for the writer is, where in God’s word is this concept presented.

On the contrary, God’s word presents a much different picture.  Paul instructed Timothy to continually remember what Paul had already taught him.  For instance, Paul told Timothy, “You, however, continue in the things you have learned and become convinced, knowing from whom you have learned them” (2 Tim. 3:14).

Paul’s words would at least seem to nullify the idea that Christians need to do something to make God’s word, and Church relevant to our culture.  In fact, verses sixteen and seventeen of the same chapter reveal that it is God’s word that He uses to make Christians relevant, prepared for His service.

So, is it up to Christians to find a way to make the Church, and/or God’s word relevant for today?

Paul’s first letter to Corinth offers a prime case study for us to, well, study.

In chapter seven Paul began to offer answers to questions that the church at Corinth had sent to him.  And the first responses that Paul submitted dealt with sexual relations within marriage, in which he also demonstrated the binary gender boundaries of marriage, i.e. one man and one woman (v. 2).

He also addressed the concept of celibacy (vv. 1-2), and the need for most believers to have a spouse as the means to ward off the temptation by Satan to sexual immoralities (vv. 2-5).

Further, Paul explained that the best scenario for those who are unmarried and widowed is to remain in that state.  However, very few are not gifted with the self-control necessary to remain celibate and, therefore, should marry (vv. 8-9).

Paul also instructed believing couples concerning divorce, and remarriage (vv. 10-11).  Add to the already relevant instruction his command to those who became believers while married to spouses who were not believers teaching them how to navigate those relationships (vv. 12-16).

This is merely one short passage of Scripture that demonstrates the freshness, and relevance of God’s eternal word to even speak to the present generation.  As a matter of fact, all of Scripture could be included under the category of relevance (see again 2 Tim. 3:16-17).

What arrogance must one have to even insinuate that God’s word, or the Church that belongs to Jesus Christ must somehow be made relevant by human efforts?

These examples may not be accepted by those who constantly seek for relevance, but it is not because they aren’t.  It’s more probable that it is based on biases against what God’s word teaches.  If the message doesn’t meet the desired message of these evangelical leaders then it is no longer relevant.  What a mess!

It is time for God’s people to ignore the siren call of those who wish to lead the Church down the path of relevance, a path that finally leads to irrelevance, and apostasy from the true faith.