Confessions of a Music and Worship Arts Director: Is Music a Gift to the Church? 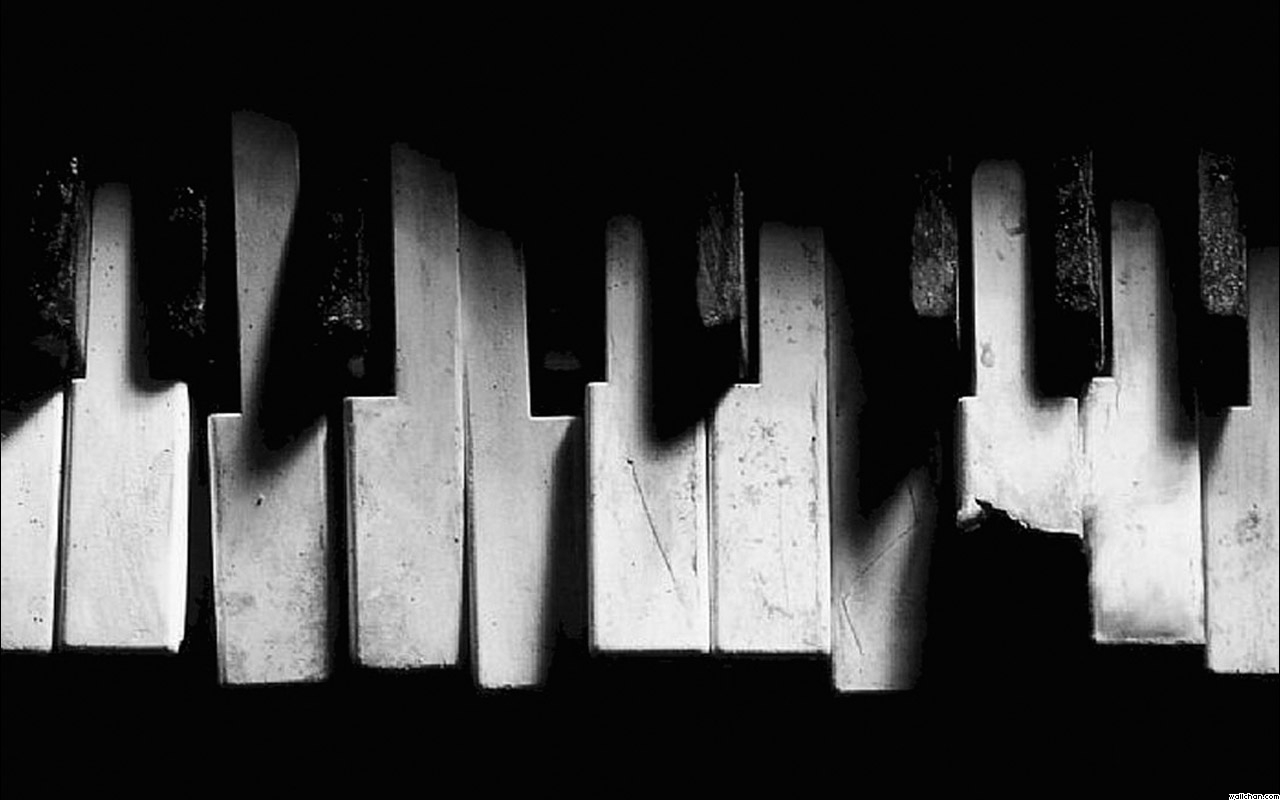 – I was recently at a pastor’s conference speaking on the topic of music and worship. The Scripture passages were Ephesians 5:19 and Colossians 3:16, and by way of introduction and as a refresher on the context of the passage, teasingly, I opened with Ephesians 4:11,

So Christ himself gave the apostles, the prophets, the evangelists, the pastors and teachers…to equip his people for works of service, so that the body of Christ may be built up…

Except, I added “music and worship directors” after “pastors and teachers.” Feigning authority, I asked inquisitively, “Amen?!” A unanimous and resounding “Amen!” came from the room. I read it again, this time emphasizing “…and music and worship directors. Amen?!”  About half caught on, shaking their heads. The rest, thinking I was emphasizing something important, shouted “AMEN!” amidst the laughter of others. “OK,” I said, “one more time…the prophets, the evangelists, the pastors, teachers, and… the music directors and the worship leaders…to equip the body of Christ!” “No! Music and worship leaders are not included!” exclaimed one pastor, having figured out the answer. The rest caught on, surprised, but certainly with incredulity.

If you happen to be surprised by the conclusion, don’t fret. It took me only about thirty years to realize this. Having become a church musician at a very early age, I served under the belief that music is a gift to the Church. The last three decades, I have served as Pianist and Organist, Music Director, Worship Director, Choirmaster, Liturgist, Concert Series Director, in many denominations, from Contemporary (mega churches) to Catholic, with just about every Protestant denomination in between. All were predicated on this idea.

As Music & Worship Director, I sanctioned music as one of the key pillars of the church. Alongside the pastor, the music director exerted great authority. I considered the music ministry as equal, if not slightly more important, than the preaching ministry. After all, what use would be the preaching if no one came to hear it? (using Romans 10:14 incorrectly). And how would one relate to the preaching if no one can relate to the music? In summary, I thought that without a stellar music program, the church would be doomed.

At one church, I managed to convince the leadership that music was vital to survival. Sold on the idea, this medium-sized church embarked on an earnest and determined music building program. The first year, we had only enough for a brass sextet at Christmas, but I rallied the congregation into doubling its budget the following year. Over the course of a few years, the music budget swelled exponentially – to the point of contracting out full orchestras for our Christmas and Easter programs. We had an advertising budget and we trumpeted our musical achievements on the air. Our packed concerts inspired us to launch a Concert Series Program, showcasing the likes of Michael Card, GLAD, and the Glenn Miller Orchestra. Our church building was not only a gathering-place for Christians, but a concert hall as well.

Yes, I value music, but the realization that music is not a spiritual gift to the church developed after several years of observation and reflection. One, in a pragmatic sense, not all music works for everyone. For instance, whereas certain pieces of music can coax someone into thinking they have attained a higher stratum of spirituality, the same piece can produce disdain or provoke anger in others. Two, experientially, music fails to achieve consistent results. For example, on certain Sundays everything seemed to go well — the choir sang wonderfully, the key signatures of the songs started and ended seamlessly, the service was thematically cohesive, the readings and song selections all matched the sermon topic — yet without fail, there were still some who did not like the tempo, volume, choice of music, or soloist.

Musicians quickly develop thick skin over such things: skill in handling criticisms learned at an early stage of the career. Because directors receive so much criticism, they tend to become indifferent to opinion, or else assert their own too strongly, without regard for varying tastes. In order to be a good music director, you have to start out with exceptional talent, charisma, a strong will, and the ability to deflect and dole out criticism. Music and Worship Directors should be spiritually mature, patient, loving, and all things to all people, but this is not always the reality of the music ministry.

Music in the church today confuses the emotive-response cycle described in the Bible. Today, music is employed as the catalyst to evoking emotional responses. Rather, Ephesians 5:19 and Colossians 3:16 specify the Word as the inciter of emotion. The Word in our hearts stokes us to ‘melody’ (Gk. Psallo, verb – to pull or pluck, as on harp strings). In other words, the Word of Christ, internally applied, is what pulls on our heartstrings (Gk. en kardia – in the heart), provoking us to respond emotionally in singing with grace and understanding.

Most importantly, the Bible does not specifically designate music as a gift of Jesus Christ to the church. Nevertheless, we devise models to justify our use of music. The spiritualized temple model, which I held on to for so long, seeks to emulate Israel’s temple worship program. This model, however, possesses serious shortcomings. For one, Israel and the Church are different entities. The former’s musical agenda was theocratic and nationalistic. Israel had a singular agenda and one language, and it was a homogenous group (i.e. strictly the Jewish people). The Church needs a multi-cultural, multi-linguistic, and heterogeneous (Jews and Gentiles) agenda. This melting pot of cultures which now comprises the Church comes with new challenges.  Did the early church decide to use Jewish music? Greek? Perhaps a blend of the two? Yet, I find it noteworthy that the Apostles said to speak, admonish, teach the psalms, etc., without elaboration on a particular, normative musical agenda.

In my case, as it is in most churches, I depended upon music to create mood and atmosphere — or in ‘worship’ language, ‘bring us into the realm of the spiritual, or a state of presence’. Depending on the church, this ‘presence’ entails different things. Some churches consider ecstasy to be the ‘presence.’ I’ve had pastors tell me to “get these people out of their pews and start praising.” So my job was to rouse the people.  For one, I would start out with a little polka, graduating to syncopations of light jazz, pop, ragtime, eventually pouring on the arpeggios, glissandos in an attempt to bring people into this ‘state of presence.’ Soon my improvisations had people bouncing, swaying, and hopping in the aisles.

Other churches tried to invoke the sublime. The ‘presence’ dwelt in the ethereal. Here, I would coax congregants into the spiritual through the use of minor thirds, suspensions, and subtle and ‘ethereal’ chord progressions. The power to move people’s feelings were literally at my fingertips. All this to say, we Worship Directors are acutely aware of music’s power to affect feelings and create moods. However, feelings and moods are never evidence of the Holy Spirit’s actual presence. Music may transport you somewhere, but never into the presence of Jesus, as many churches claim. Only belief in Christ’s atoning work on the cross, by His blood, can accomplish that.

Considering that the New Testament is silent on the matter of church music, what are we to do? One thing to keep in mind is that we Worship Leaders are really music coordinators making sure people sing together and keep tempo, etc. We plan the liturgy or order of events, selection of songs, but this administrative role has graduated into a spiritual office, and understandably so, considering that the workings of music can easily be mistaken for the workings of the Holy Spirit. Like the Holy Spirit, music can move, manipulate, evoke, excite, comfort, and even pacify. Our misunderstanding about the role of music has allowed “the music” to usurp the role of the Holy Spirit. As much as we don’t want to admit it, music is oft-times regarded as Mediator – the herald ‘ushering us into the presence of Jesus’.

Philosophers and musicologists agree: music is indefinable. And this is precisely why music is inexact in conveying truth and unreliable in achieving spirituality.

By no means is this article a polemic against the use of music. I am fully aware of the arguments for and against, the styles, the politics of music in the church ad nauseam. As a musician, and that includes just about all of us, we cherish our music. But if music is to be used in the Church, we need to understand what music is, what it does within a corporate setting, and how it ultimately relates to the Word. And such are the missteps of many doctrinally conservative churches. Although fastidious about maintaining doctrinal positions and protective about their flock, literature, and commitment to the community, they have an undiscerning or complacent stance on music and are unaware of the double standard, if not duplicity, they have displayed.

I believe our obsession with music can come at a price. Most Music and Worship Arts Directors will concur, a lot of what is listed below can be avoided, chief of which are:

b)     Conflict with the congregation over styles and genres of music

c)     Too much spent on musical effects and less and less importance placed on the Word, our true source of melody.

The results are common and typical:

2)     Broken or difficult relationships, and a loss of unity, stemming from conflicts over music

At the lecture I gave, the pastor concluded correctly, “No! Music directors and worship directors are not included,” because in reality, music does not always equip and build up the body. Music can affect us for good or evil: It can add a dimension to our expression of praise or it can degenerate into Satan’s Trojan-horse to bring falsity, conflict, and disunity into the church.  In this case, maybe music is best left in the concert hall.