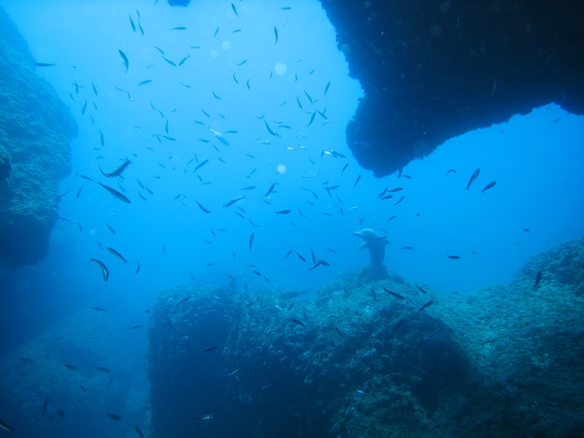 – The book of Hebrews was most likely written to Jewish Christians.  The readers were believers and had come under increasing pressure because of persecution.  In some cases the persecution caused loss of property, but it had not yet resulted in loss of life (Heb 10:32-34; 12:4).  It must have been especially discouraging to them to have their own nation of Israel turn against them for converting to Christianity.  They may have been pushed out of the synagogues or left voluntarily because of their new faith (Heb 10:25).  They likely were adjusting to new leadership since they were a second generation of believers (Heb 13:17).  Hope in the promise of Christ’s return in their own lifetimes was wavering.  All of these circumstances caused them to start weighing the costs and benefits of following Christ.  Many were in danger of turning aside to their familiar and safe Judaism.  In Judaism they believed that they would find comfort in acceptance from their own nation,  in access to their synagogues, and in the magnificent temple in Jerusalem.

The author was filled with pastoral concern for his readers.  In the author’s own words the book was an exhortation much like a sermon.  Some believe it was a recorded sermon to a believing congregation in Jerusalem.  His major concern was to exhort his readers not to fall to the side from the greater Christ to the lesser Judaism.  With this as background, it is instructive to see how the author/pastor addressed his congregation.

The author based his arguments, warnings, and exhortations on the OT Scriptures rather than his own wisdom and experience.  He quoted passage after passage from the OT to support his arguments and expounded many of them to help his readers better understand that Christ was greater.  And even though he rebuked them for not having matured in the faith as they should have (Heb 5:12), he did not hesitate to teach great doctrines in great depth to them.  He taught great doctrines in great depth to prevent his readers from turning aside from the faith back to what they considered the safety of Judaism.  The results are some of the greatest teachings in all the Bible on the doctrines of Christ.  Note that pastoral concern led to great doctrinal teaching.

For example, the first four verses of chapter one rank as one of the most important passages on the deity of Christ found in the Bible.  It ranks as one of four great Christological passages along with  Jn 1:1-18; Phil 2:5-11; and Col 1:15-18.  While it is true that God had spoken through the prophets in the past,  God had now spoken in Son.  The revelation of God through His prophets was a different kind of revelation than from Son.  Son-like revelation is greater than prophet-like revelation.

The author explained why Son-like revelation better.  First, God appointed His Son heir of all things.  This was never true of any prophet, not even Moses.  Second, it was through the Son that God made the ages.  Only God was active in creation, certainly no prophet was.  Third, the Son is the radiance of God’s glory and the exact representation of His nature.  The Greek word translated nature is charakter. Robertson’s Word Pictures describes this word as a tool that did the marking or made an impress in order to produce an exact reproduction such as a coin.  The Son has the exact same nature as God.  He is deity.  No prophet of God would ever claim such a thing.

More reasons follow.  The Son upholds all things by the word of His power.  He made purification of sins and sat down at the right hand of the Majesty on high, a location reserved only for deity.

But he did not stop here.  Emphasizing the spoken word of God, he quotes the direct discourses of God in Ps 2:7; 2 Sam 7:14; Ps 97:7; 104:4; 45:6-7; 102:25-27; and 110:1.  He quotes these passages to show that Christ is greater than angels who were so highly admired by his readers as mediators of the Law.   Weaving all of these passage together with great exegetical skill, this pastor-teacher teaches his readers that Jesus is the Son of God, that angels are to worship Him, that the Son is God, His throne is eternal, the Son is called Yahweh and is the creator of the earth and heavens, and that He is eternal unlike the earth and heavens that will be rolled up like a garment!

Wow!  All these great doctrines taught to those who had become dull of hearing and in need of being taught the beginnings of the sayings of God (Heb 5:12) in order to encourage them to endure through their hope in the promises of God?  This pastor did not dumb down his message because his readers had by disobedience become dull in hearing.  He taught them great doctrine in great depth.  He believed they were responsible to grow in the knowledge of God.  To not do so was disobedience.  To not do so was to risk, not loss of salvation, but loss of God’s best for them.

These Jewish Christians were in danger of being set aside by God in the normal process of maturing in Christ because of disobedience.  The author understood this danger and, with a pastoral heart, sought to warn them.  He reminded them of God’s discipline of Israel in the wilderness because of their disobedience.   God would not allow any of that generation to enter the Promised Land and caused them to wander in the wilderness for 40 years until the last one died (Num 14).  Yet God forgave them (Num 14:19-21).  They did not lose their covenant relationship with God but they lost some of God’s best for them.  Did they repent?  Yes, but it was too late (Num 14:39:45).  They crossed the line and their repentance was not accepted by God.  He used great doctrine taught in great depth.

Congregations face similar temptations today.  Attracted to the comforts of the world, many have little interest in maturing.  They are content with being friends with both the world and God, not realizing the danger of God’s discipline.  The time might actually come when God will not permit them to mature in order to receive God’s best for them.  We all need great doctrine taught in great depth.

Oh, how we need pastors and teachers in all of Christ’s churches today to embrace this godly attitude of the author of Hebrews.  We must learn the Scriptures, trust in the power of God to mature His people through the great doctrines of the Scriptures taught in great depth, believe that failing to mature in the faith is disobedience and that it puts Christ to public shame (Heb 6:6), be willing to warn of the consequences of disobedience, and encourage one another to endure in the faith through trusting in the great promises of God!