The Translation Work of John Nelson Darby: Blessing or Burden? 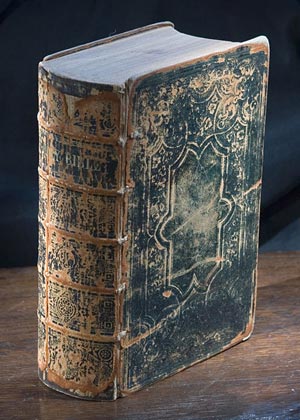 – For more than one hundred and fifty-eight years now John Nelson Darby’s name has been associated with Bible translation, going back to the first edition of his New Testament in German, at the beginning of april 1855. In fact, Darby’s interest in Bible translation probably went back some fifteen years earlier, between 1837 and 1845. This can be seen in an old handwritten note showing a scheme for an edition of the New Testament having Darby’s name besides the book of Revelation. That note can be accessed on the website “mybrethren.org/history.”

Moreover, before he began his own translation work, Darby gained some experience by working on the second edition of the French Lausanne version, between November 1845 and December 1846, as far as can be known from his letters. That edition appeared in 1849. In 1866, Louis Burnier wrote a book on the history of the Lausanne version. In that book, he said that Darby profited from the work of the Lausanne translation for his own translations. Darby contributed to that version by sending notes based on the Greek text.

From 1855 to the end of his life, Darby spent considerable time and effort in Bible translation work. In a letter dated October 21st, 1881, six months before his death, Darby wrote: “It is time I should write to you. It was not for want of often thinking of you that I have not, but what little strength I have has been spent on the French OT and the English New, both laborious work.” Two months later, on December 15th, he wrote to his long time collaborator for the French translation, Pierre Schlumberger, that he would continue his work on the notes for the French translation. Darby was 81 years old at that time!

Thus, over a period of some 26 years, Darby produced two editions of the New Testament in German as well as one edition of the Old Testament in that same language. He also produced four editions of the French New Testament, and finished the Old Testament two years before his death. However, it still had to be revised and the work would be completed in 1885, three years after his death. For the English version, Darby produced two editions of the New Testament, and worked on a third one up to his death. The Old Testament would be made following his work on the German and French versions, then published in 1890. Finally, one of Darby’s biographers, WG Turner, mentioned that Darby also worked on the 1877 edition of the Dutch New Testament. In all of these translations, Darby did not work alone. Many qualified believers helped him: von Posek, Brockhaus, Voorhoeve, Lowe, Schlumberger, and Bevir, to mention only a few. Without any doubt, many others also helped in one way or the other.

Now, one may think that a man who spent so many years in Bible translation probably did it with great joy, putting all his heart to this task. However, as I researched his letters, I found that Darby had a much greater interest in two other fields of ministry: the pastoral care of the flock of God and the preaching of Christ to the unsaved. These two areas of service were so important for him that his translation work often became a burden to him. Even more than that, he sometimes considered translation work as a time of penance!

In a letter written from Elberfeld, Germany, and dated October 1857, Darby wrote to Pierre Schlumberger: “I’m in a hurry to leave Elberfeld, not that there is no work to do, but so that I might be elsewhere. I regard my translation as a duty and somewhat a time of penance, preventing me from being at work.” That work which Darby seemingly had in mind was the care of God’s flock and the preaching of his Word.

Translation work is a very serious task. And Darby knew it well. In spite of his great knowledge and scholarship, he was rarely satisfied with his work. However, because of his love for the brethren, particularly the poor ones, Darby kept going on in translating. In a letter to GV Wigram, written from Elberfeld on April 20th, 1855, he wrote: “With the brethren I have found all love and kindness. Though the translation was a great exercise to me, undertaken as a needed service for them, I can commend it to God and trust it to Him. I am not content with it as a work done carefully enough, but I believe we have in it the best and truest translation to be had, and the poor brethren find it very plain and easy to understand – far more so than anything they had.”

When the translation work itself was done, the task was not yet finished. The resulting text still had to be revised. And Darby was very clear on that part of the work: he disliked it because of the great span of time needed for that work. Yet, as he once wrote, Darby estimated this work as one of love for the others, especially when the job was hard. That is why he saw his own resistance as selfishness and would not allow it. Darby had his heart set on translation work because he believed it was the will of God for him. It was something, he said, that God constrained him to do. Yet, Darby added: “But only after direct work for the souls.” Darby clearly considered translation work as secondary work for the benefit of the believers. The ‘direct work for the souls’ which Darby spoke of was probably pastoral work. However, Darby learned to submit himself to the Lord’s direction for his work. In 1857, while beginning his work of revision of the French New Testament, Darby wrote: “It is amazing how I am at peace with this translation. I hope it is a sign that God is with me. We made it, I believe, with a great care – it was an obvious duty – but I was not anxious at any moment. At the beginning, I felt myself quite far from active work in the middle of the brethren. However, God relieved me from this burden as I prayed for that in the first days, and then I was able to do my daily task with no other thought than to do it right.”

To spend time with the brethren was Darby’s most important thing in this world. Therefore, when Darby said that he was greatly shut up in work, it is easy for us to understand how difficult it was for him to be confined in his cabin for his translation and general writing ministries. While many of us today are content with one meeting on Sunday morning only, Darby always longed for communion with the brethren.

In one of his letters, he wrote: “On the Lord’s day and twice in the week we have meetings; otherwise, I was rather dissatisfied to have no intercourse with souls, and to do nothing directly in the Lord’s work; because from nine in the morning till eleven at night I work at the translation, so that I am unable to visit the brethren.” Again, this desire to be with the brethren and to work for their care can be seen when he wrote in 1870: “I feel the Lord with me in it, but tied up by it […] I am very hard worked, the rather as I am anxious to finish and be at other labours.” Those other labours definitely included visits to the brethren and pastoral care.

As time went on, Darby became more and more happy in his work of translation, though he always remained a little bit anxious as to the time he would need to spend on it. In his own words, he was very thankful to give the Word of God to others. In this task, he humbly considered himself to be only a “hewer of wood and drawer of water.”

Towards the end of his life, Darby had a much greater appreciation for translation work, as he saw it as a time of solitude with God where he could find rest and comfort, knowing that he could entrust to the Lord the work of pastoring the flock, which he had felt was the natural burden of his heart and ministry.

And though he always said that translating the Scriptures was not the way of reading it that nourishes, he nevertheless declared that it instructed him and made his own knowledge of it accurate in detail. From Pau, South of France, he wrote on November 20th,1879: “Just now my days pass one after another without any difference, always occupied in the revision of our French translation, only the word of God is always new.” A few months later, while still working on the French Old Testament, he said: “I’m sending you another sheet for the translation. It enlightens me ever the more and I find more treasures in the Word.”

Indeed, though translation work was a burden for Darby, especially when he began his work on the Elberfelder Bible, it really was a blessing for the brethren at that time, for they could have access to a faithful translation of the original languages in their own language. The same can be said for the French and English people as well, who could then have a Bible translation based on the best manuscripts available at that time. And it is still a true blessing for us today, just as Darby expected when he wrote to Wigram from Elberfeld on January 25th, 1855: “I feel somewhat a prisoner here with it, but I trust it may be blessed.” Some fifteen years later, he said concerning translation work: “It is a service underground, but I trust will be a help to the saints.”

Truly, Darby’s translation is very useful to the saints today. I was able to see it in Africa, where Darby’s literal translation is of great help to Bible students and preachers who do not know the original languages but seek anyway to come to it as close as possible.