The Hymns of the Bible 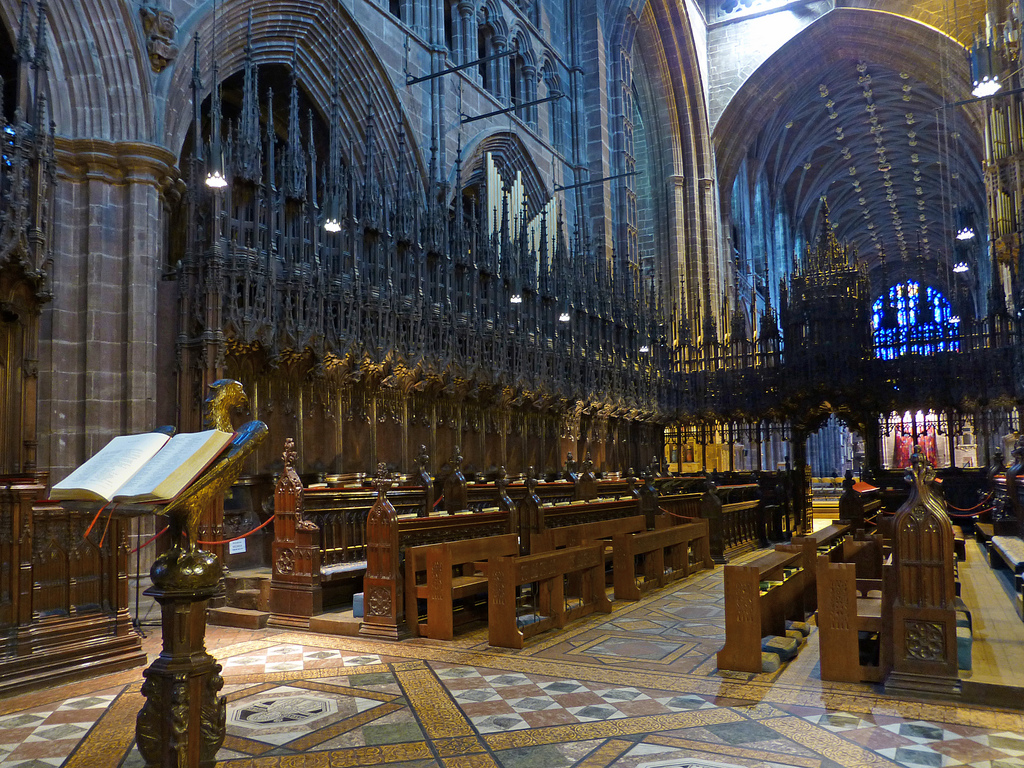 – The Bible is full of sanction and exhortation when it comes to singing the Psalms. “Sing to Him, sing psalms to Him; talk ye of all His wondrous works” (Psalm 105:2); and “Is any merry? Let him sing psalms” (James 5:13). The passages in Colossians and Ephesians give reason as to why: “let the Word of Christ dwell in you richly in all wisdom” (Colossians 3:16), and “be not drunk with wine…but be filled with the Spirit” (Ephesians 5:18). And because we know the Psalms are God’s Word, it is “profitable for doctrine, for reproof, for correction, for instruction in righteousness” (2 Timothy 3:16). Therefore, the case for including the Psalms in our singing (Inclusive Psalmody) is Biblically encouraged and justified.

The Hymn of 1st Peter

We tend to think of hymns as those composed by, say, Martin Luther, “A Mighty Fortress is our God,” or Fanny Crosby’s “Blessed Assurance.” Even some of our earliest indications of hymns may date as far back as the first millennium, such as Bernard of Clairvaux’s “Jesus, the very thought of Thee.” Yet, while these may fit our prevailing understanding of what hymns are, I’m here to assert the relegation of hymns and spiritual songs as equal parlance to the Psalms; meaning, that the hymns and spiritual songs, like the Psalms, are also Scripture themselves.

The Oxford Dictionary defines a hymn as:

In the Bible, a hymn is typically recognized by its ascriptive property, poetic structure, idiom, language and form. It may also be characterized by its concise literary structure. Such forms are found in both the Old and New Testament.

Hymns in the Old Testament

Such passages are considered hymns because:

(1) They single out Yahweh’s lasting qualities and glorious deeds (e.g. Psalm136); and

Certain other passages in the Old Testament, such as  the pre-formed doxologies and prayers, e.g. the Berachahfound in 1  Chronicles 29:10, were incorporated into the Psalms (Psalms 106:48; 41:13), and into the Epistles (2 Corinthians 1:3, Ephesians 1:3; 1 Peter 1:3). Hymn-type Psalms became rites for daily worship in the Temple and rites for sacrifices and processions (Psalms 24 and 118), and as salutations (Ephesians 1:3 and 1 Peter 1:3).

Hymns in the New Testament

By Jesus’ time, the Hellenic hymn form which arose out of the Oriental format became common. Sources of Biblical hymns typically came from utterances and sayings which were declaimed or sung by Spirit-filled believers at church gatherings. Prior to the completion of the Canon of Scripture, Spirit-filled believers, most likely an apostle, declaimed or chanted such ascriptions as concise statements of systematized theology.  Such utterances were incorporated and included in the Apostle’s writings as inspired Scripture, as recorded in the New Testament.  More than thirty references alone in the New Testament are identified as hymns. Two such examples are found in 1 Corinthians 8:6:

And without controversy great is the mystery of godliness:
God was manifest in the flesh,
justified in the Spirit,
seen of angels,
preached unto the Gentiles,
believed on in the world,
received up into glory.

Paul himself may have composed or heard these hymns at a gathering, perhaps in the synagogue, and included them in his letters. These doctrinal acclamations were the ministry of Christian believers prior to the completion of the Canon of Scripture.  In prison, Paul and Silas sang or “hymned” (Gk. to sing the Hallel, the hymn-Psalms 113 – 118) praises which every Jew learned and memorized for Passover.[1]

Some pre-formed hymns are distinguished by differences in language and style and can be identified within a body of writing, such as when the language shifts from first person to second person, or through transitory idioms, or a change from oratory-style to structured (strophe) writing. In Ephesians chapter 1, the shift between verse 2 and 3 for instance, and again between verse 14 and 15, indicate that a hymn has been inserted. While the Apostle Paul may have composed his own hymn (Ephesians 1:3-14), some may have been pre-composed (e.g. Colossians 1:15 – 20). John the Apostle, for example, recorded those which were dictated by Jesus Christ himself (cf. Revelation 5:12).

The structural form of this hymn (ABA-ABA) is displayed as the following separate clauses:

15 (A)    Who is the image of the invisible God, the firstborn before all creation

16 (B)    Because in him all things were created in the heavens and on the earth
The visible and the invisible
Whether thrones or lordships
Or rulerships or authorities.

18 (A)    And he is the head of the body, the church.
Who is the beginning, the firstborn from out of the dead bodies
In order that he might continue to be first in all things

20 (A)    And through him to reconcile all things to himself
Having made peace through the blood of his cross
Through Him, whether the things on the earth
or the things in the heavens.

These structures allowed the ease of assimilation between text and musical phrasings, and explains why much of our modern hymnody owes its form to hymns of the New Testament.

What about Extra-Biblical Hymns?

Even though much of our hymnal contains songs which still contain the exact words of Scripture, most of the hymns as we know it are mere “commentaries.” While some of today’s hymns do speak and sing about God, a lot of them are of stories and experiences written by hymn writers over the centuries; many are invaluable and indispensable. However, as with most things that are not Scripture, such hymns can and do include falsities as writers erred, albeit unwittingly and unintentionally.  Thus, such hymns cannot be considered the “Words of Christ,” since they were not composed infallibly. Only God’s word is complete and wholly Truth.

The exclusivity of hymns as Scripture may be gleaned from the practice of the early Christian Church.

The practice of using only Biblical psalms, hymns, and songs by the Church which began at Pentecost continued unabated for about six centuries. In 363 AD at the Synod of Laodicea, a statement was issued that the singing of Biblical psalms were to be only by trained, competent singers, and that non-Biblical, human-composed “psalms” were to be excluded from being sung in church.  Two centuries later at the council of Braga in 563 AD, as though to reiterate the Laodicean statement, the singing of non-canonical hymns remained forbidden. Such statements, it seemed, were issued in reaction to attempts at incorporating extra-biblical songs into the Church liturgy and practices. Non-canonical hymns remained a hot-topic issue. Over time, the push for using extra-Biblical hymns came to head at the Council of Toledo in 633 AD, where certain individuals, particularly the Greek churches of Alexandria, were accused of “taking ecclesiastical music too far toward an artificial and theatrical direction from its ancient and simple forms,” and “for introducing heathen melodies to church psalmody.” The minutes of this assembly reads:

Besides the Psalms, which had been used from the earliest times, and the short doxologies and hymns, consisting of verses from the holy Scriptures, spiritual songs composed by distinguished church-teachers, such as Ambrose of Milan and Hilary of Poictiers, were also introduced among the pieces used for public worship in the Western church. To the last-named practice, much opposition, it is true, was expressed. It was demanded that, in conformity with the ancient usage, nothing should be used in the music of public worship but what was taken from the sacred scriptures (emphasis mine). And as sectaries and heretical parties often had recourse to church psalmody, as a means for giving spread to their own peculiar religious opinions, all those songs [referring to extra-biblical songs][2] which had not been for a long time in use in the church, were particularly liable to suspicion [emphasis mine].[3]

The intention of this article, however, is to not reject the notion of extra-canonical hymns altogether. Many of us grew up and remain fondly attached to those written and composed by our favorite writers, (i.e. John Newton’sAmazing Grace or John Wesley’s And Can It Be), and the use of extra-canonical hymns cannot be condemned, but neither can they be fully condoned because of their unreliable content. Instead, the purpose of this article is to highlight and emphasize that only hymns which are specifically Scripture are infallible. The notion that the Apostle Paul could have condoned human-composed songs is a proposition that remains untenable. Rather, the assertion that hymns are Scripture, is more in line with the power of the pure Word of God to mold the believer into Christ’s image; for it is the Word of Christ (Scripture) that the Apostle Paul is emphasizing. Hence, the injunction to “admonish each other with the psalms, hymns, and spiritual songs” are in line with the dicta: “to be knowledgeable in all wisdom”(Colossians 1:22), and “not drunk with wine…but speaking to yourselves the psalms, hymns, and spiritual songs” (Ephesians 5:18 – 19), and coupled with our response to “singing with grace in your hearts to the Lord” (Colossians 3:16), is possible and accomplished only through and by the Holy Scripture’s regenerative power. Biblical Hymns are therefore of Scripture. What remains uncertain from this point forward is not the question of whether hymns (of Colossians and Ephesians) include human-composed songs, but rather, where in the Bible are the hymns contained? So far more than a handful have already been identified.

The definition of a Hymn (as used in the Bible) can now be expanded from the Oxford version to include the following:

Like the Psalms, Hymns occupy a special place and serve a special purpose in the Bible. As the inspired words of Christ, they contain the ascendancy and power all their own. When we sing them, we learn about God. And as we learn about God, the more our confidence in Him grows. We become more like Christ. And just as much as the Church needs to sing the Psalms, we need to sing, or at least, speak, the Hymns of the Bible also.

This is written in response to Rob Slane’s article “Why the Church needs to sing the Psalms,” published by Samaritan Ministries.

[2] Clarifying notes made by this writer.