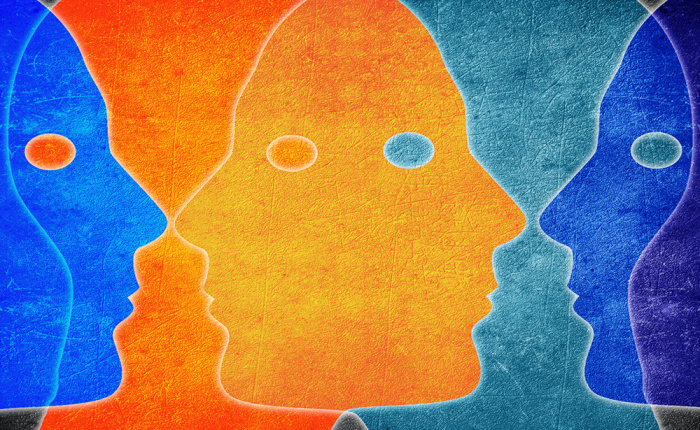 In the previous article in this series, the integration of worldviews was explored. It was shown that Sara Rainer, a Christian psychologist, attempted to harmonize a secular worldview with a biblical worldview. Although there were many things that Sara Rainer acknowledged in terms of sacred Scripture (i.e., salvation in Christ Jesus), there were many concerns about her particular position (e.g., she describes herself as a secular psychologist). By contrast, a counselor with a consistently biblical worldview does not attempt to infuse secular thought in their counseling process but seeks to be biblical when assisting counselees.

However, this leads us to a third question: How do we discern if a technique is grounded in the truth (i.e., reality) and that it is beneficial to use in Biblical counseling?

When it comes to techniques there I submit four areas a biblical counselor (and really every counselor) addresses when assisting a counselee with techniques: spiritual, biological, cognitive, and social.

Spiritual: This particular area has to do with the inner man. Any technique, skill that benefits in this area would be of the most benefit to the counselee because it is grounded and subjected to the truth. The Old Testament underscores the reality of an eternal self that is housed in this earthly body (Gen. 2:7). Paul even highlights this point as he writes describing what he calls the “inner man” (c.f., Rom. 7:22; 2 Cor. 4:16; Eph. 3:16). This has particular implications not just in this life, but when the physical body of this side of Christ’s return no longer functions. The inner man can only grow through the constant study of God’s sacred word (Eph. 3:16-19; c.f., 2 Tim 3:16-17). It also must be noted that a believer is indwelt with the Holy Spirit which renews their inner man (Eph. 3:16).

Biological: This area would cover the physical body. If there is a technique, skill, or counsel that assists the body in becoming more flexible and increases the overall health of the body, this would be considered a technique that is grounded in truth.  There is little to say about this area in sacred Scripture. However, there are some general principles such as Paul advising Timothy to take some wine for his stomach problems (1 Tim. 5:23). Paul even expresses that the discipline of the body may yield short-term gains (c.f., 1 Tim. 4:8).

Cognitive: This particular area has to do with, thoughts, will, and attitudes. If there is a skill or technique that would assist a counselee in having realistic cognition this would be a technique that would be established in truth. The Old and New Testament addresses this area extensively. There are many Scriptures where a common practice is to consider or ponder the word of God (Ps. 1:2; Ps. 119:15, 48, 78, 97, 99, 148; Ps. 143:5; Ps. 145:5).  In the New Testament, Paul writing to the saints in Rome that a believer’s mind is constantly renewed the believers considers God’s mercies, so that they may know God’s will (c.f., Rom 12:1-3). In addition, Paul wrote to the saints in Philippi how they were to address anxiety and have their hearts guarded by the peace of God: By prayer (with supplication and thanksgiving) (Phil. 4:6-7). In addition, he also writes:

The word dwell (λογιζεσθε) is to,”think on, to consider.” A Christian is to intentionallythink about these things in their daily life in light of the truth of God’s word, and as a result, they will have peace with God, which will guard their heart against the cares of this world.

However, there are some models that are not grounded in reality but out of a personal experience or different religious orientation and seeks to discover, or even create, techniques that the founder believes fulfills the objectives of this certain model. For example, a therapeutic practice known as Rebirthing utilizes breathing techniques for inner healing.  The creator of the counseling skill explains the origin of this technique:

Rebirthing-Breathwork, aka Intuitive Energy Breathing or Conscious Energy Breathing, is the ability to breathe Energy as well as air. It is the art of learning to breathe from the Breath Itself. Rebirthing is perhaps the most valuable self-healing ability that humans can learn. We can not have disease and relaxation in the same space at the same time. Relaxation is the ultimate healer…Rebirthing also means to unravel the birth-death cycle and to incorporate the body and mind into the conscious Life of the Eternal Spirit – to become a conscious expression of the Eternal Spirit. This involves healing the eight biggies of human trauma, which are the birth trauma, the parental disapproval syndrome, specific negatives, the unconscious death urge, karma from past lives, the religion trauma, the school trauma, and senility, etc.

There are several things to observe from this particular paragraph. The worldview of the creator of this theory promotes beliefs originating from New Age Eastern mysticism, which is guiding the creator’s worldview (e.g, Eternal Spirit, karma from past lives, etc.). From a spiritual standpoint, he gives little to no attention to the spiritual aspect of man (although he talks about an Eternal Spirit, past lives, etc); however, his focus is only on a temporal/pantheistic perspective (to become aware of the “Life of the Eternal Spirit”) and not an eternal one (eagerly awaiting Christ appearing). In the biological and cognitive aspect of man, Lenard Orr promotes using breathing techniques. However, the motive for using breathing techniques is not to learn how to control ones physiological and cognitive responses but is to connect the body and mind to this mysterious “Eternal Spirit.” In the social aspect of man when a counselee, through this breathwork in Rebirthing, heals from what he calls the “eight biggies of human trauma,” the counselee will be able to relate with others in a proper way.

This particular counseling model is hostile, and diametrically opposed to, the Biblical worldview. The biblical counselor, holding to a dispensational system, would govern every technique they use under the truth of God’s word, with the motive being two-fold: To glorify God with their works in counseling (c.f., 1 Cor. 10:31) and to serve the counselees with their techniques well (Gal. 5:13). The motive by which Leonard Orr created this model is subject to his own speculation, personal experience, and Eastern religious mysticism, rather than Scripture, which is expressed below:

Rebirthing therapy was founded by therapist Leonard Orr in the 1970s, who is said to have re-experienced his own birth while taking a bath. This led him to develop breathing exercises that would supposedly release repressed traumas.

These techniques Leonard Orr has used in his counseling model, because of the misguided worldview,  has led to deceptive counseling techniques, which has little to no benefit for the spiritual, biological, cognitive, and social aspect of mankind, and may lead to destructive consequences. This is due to the fact the worldview found in this model, and the motive by which these techniques are used to meet the objectives of the theory, are subjected to an improper source of authority and worldview.

When it comes to techniques in counseling and how it benefits the counselee there must be a promotion of what God has revealed. For the biblical counselor, every technique that is used, and the motive to employ them, must be intentionally subjected to the word of God (c.f., 2 Cor. 10:5). It is in this reality that we know that God is truly glorified and that our counselees will truly be served properly.