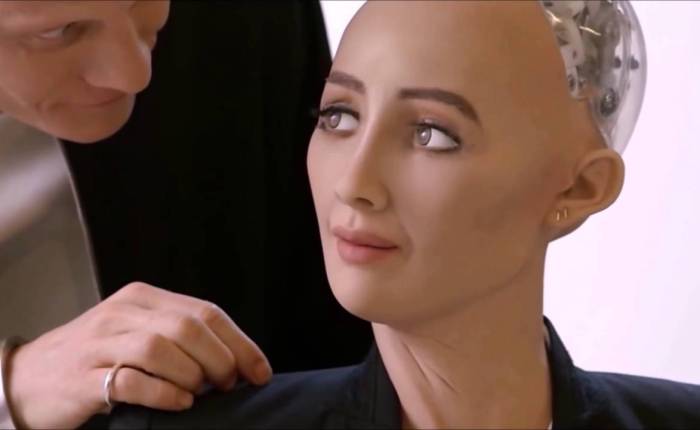 Artifical Intelligence has been receiving much attention in recent months. The first inklings of artificial intelligence were seen in 2011 when a supercomputer named “Watson” in the game show Jeopardy beat Ken Jennings and Brad Rutter, two of the greatest Jeopardy players to date. Ever since this epic win by “Watson” the topic of artificial intelligence has been slowly, but surely, becoming a hot topic around the world.

With this science fiction becoming reality there are many people who welcome artificial intelligence and observe this as a great benefit to business, education, and commerce. However, there are many who oppose this move forward convinced this is opening Pandora’s box. Stephen Hawking, a world-renowned scientist when expressing his thoughts concerning artificial intelligence commented

Elon Musk, creator of Tesla and SpaceX shares some of the same fears of Stephen Hawking when had this to say about artificial intelligence:

“I think we should be very careful about artificial intelligence. If I had to guess at what our biggest existential threat is, it’s probably that. So we need to be very careful…With artificial intelligence we are summoning the demon. In all those stories where there’s the guy with the pentagram and the holy water, it’s like – yeah, he’s sure he can control the demon. Doesn’t work out,”

As we enter into this brave new world there are many questions that are being posed by philosophers, scientist, and ethicists alike: What are we to make of artificial intelligence when we are literally are face to face interacting with machines that very much resembles human life? Should the government regulate this technology? When robots are walking among us should we grant them human rights? All these questions are good questions, and this writer is convinced that a Biblical perspective can answer all of these inquiries. All of these questions will not be examined at this time. However, in terms of this article, the topic of robots and human rights in light of a Biblical worldview will be examined.

In Genesis chapters one and two, we observe the account of the creation of mankind. After six days when God creates the universe, earth, and all of the vegetation and creatures within the earth He turns His attention to male and female, creating them in His image and likeness (Gen. 1:26-27). It is God who blessed them and told them to multiply and fill the earth, originally giving them rule over the creatures that He had made (Gen. 1:28). He also provided them food to eat (Gen. 1:29). They were created by God with the faculties, abilities, and nature to complete what God had commanded them to do.

So what does this have to do with artificial intelligence and human rights? No matter how intelligent a robot becomes, or no matter how much it resembles a human being, intrinsically it is not a human being. The unique quality is that we have been given a spirit, and are personally fashioned by God in the womb (c.f., Ps. 139:13-16). A humanoid is not born like a human being, it is created by human beings. Artificial intelligence may have the ability to learn on its own however it has been built by human beings to do this very thing. When a humanoid “dies” it just becomes a heap of metal, moving electronic components, wires, and latex skin, nothing more.

Human rights are established because all human beings should be treated with equal respect and dignity, which also is found in the Biblical worldview. This is highlighted in Scripture when God gave Noah the command not to murder because mankind is made in the image of God (c.f., Gen. 9:6). Human life, because of the Creator, is to be respected. This is a right that comes from God concerning human beings. This does not extend to humanoids.