The Reformation: A Matter of Interpretation (Part 3) 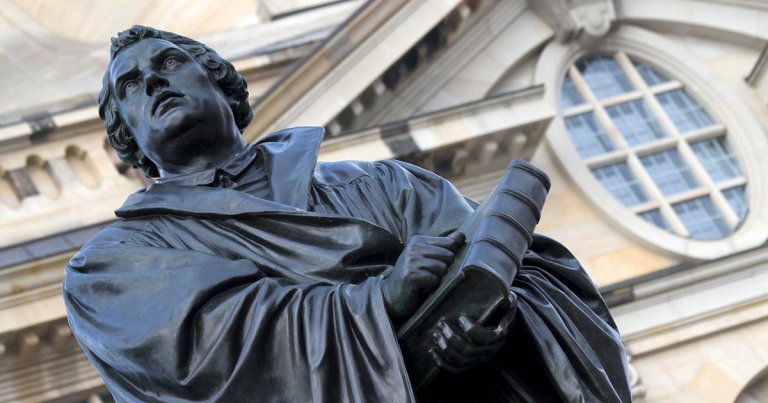 One important thing that the Reformers lacked was the consistent application of their own hermeneutic principles.  When this is said, it must be noted that it is a blanket statement with many exceptions.  However, the negative influence of Augustinian theology was felt in several ways one of the most obvious in their overwhelming adoption of Augustine’s amillennialism; the thought behind an already not yet view of a spiritual kingdom.  It is an example of how many of the Reformers didn’t abandon allegorical interpretation completely, but applied it to prophetic Scriptures.  For instance, in discussing Israel’s restoration following exile in Babylon, Francis Turretin (1623-1687) wrote, “…the expressions are not to be pressed literally because they are symbolical, not proper; typical, not literal; to be explained spiritually and not carnally.  Israel is to be restored, not according to the flesh and letter, but according to the promise and spirit (Rom. 9); the holy city, not Jerusalem, but the church.”  (Francis Turretin, Institutes of Elenctic Theology, 2:163, quoted in Barry Horner, Future Israel, 159)

Yet, there was a very positive aspect of the whole period in that there arose after the Reformers several men who more consistently applied their literal hermeneutic.  These men helped to develop the theological system that we know as Dispensationalism.

The weight of the preceding statements needs to be understood.  Dispensationalism didn’t start as a system, but developed out of an examination of Scripture employing the literal grammatical-historical hermeneutic that John Calvin was known for, and on which Luther so heavily relied.  As discussed previously Premillennialism existed from the earliest days of the infant Church beginning with the Apostles’ teaching and up to the eclipse of the Alexandrian school.

[bctt tweet=”Dispensationalism didn’t start as a system, but developed out of an examination of Scripture employing the literal grammatical-historical hermeneutic that John Calvin was known for, and on which Luther so heavily relied. – Steve Spurlin” username=”@The1024Project”]

Dr. William Watson has completed extensive research detailing how seventeenth and eighteenth-century apocalypticism reflected the literal interpretation that arose from the Reformation.  His research resulted in a book detailing numerous expressions of premillennial views of the churchmen and theologians of the sixteen and seventeen-hundreds.  Such great men as John Gill (1697-1771), Increase Mather (1639-1723), and his son Cotton Mather (1663-1728), as well as many others, were premillennialists took at face value the prophetic passages dealing with Israel and the end times.  Later, great names like J.C. Ryle (1816-1900), and James Hall Brookes (1837-1897) reached the same conclusions.

The most well-known names associated with Dispensationalism, of course, are J.N. Darby (1800-1882), Sir Robert Anderson (1841-1918), C.I. Scofield (1843-1921), and Lewis Sperry Chafer (1871-1952).  Though Darby came on the scene some three hundred years after the Reformation, the seeds of Dispensationalism preceded him by hundreds of years, a fact well borne out in Watson’s book, Dispensationalism Before Darby.

[bctt tweet=”It cannot be overemphasized that Dispensationalism is the product of the consistent use of the interpretive method rediscovered during the Reformation. – Steve Spurlin” username=”@The1024Project”]

It cannot be overemphasized that Dispensationalism is the product of the consistent use of the interpretive method rediscovered during the Reformation.  As the aforementioned men, and others exercised the correct hermeneutic eventually the essentials of Dispensationalism were realized.  First, based on the literal grammatical hermeneutic, the eternal distinction between Israel and the Church was reintroduced to the Church.  Secondly, it was discovered, or rediscovered, that the ultimate purpose of God is to bring glory to Himself.  The second point is understood by a simple study of verses like Ephesians 1:6, 12, and 14.

He predestined us to adoption as sons through Jesus Christ to Himself, according to the kind intention of His will, to the praise of the glory of His grace, which He freely bestowed on us in the Beloved.

[A]lso we have obtained an inheritance, having been predestined according to His purpose who works all things after the counsel of His will, to the end that we who were the first to hope in Christ would be to the praise of His glory.

In Him, you also, after listening to the message of truth, the gospel of your salvation—having also believed, you were sealed in Him with the Holy Spirit of promise, who is given as a pledge of our inheritance, with a view to the redemption of God’s ownpossession, to the praise of His glory.

We praise God for His providential guidance in leading men like Wycliffe, Luther, and Calvin.  The Reformation that was brewing under the surface, and was launched in earnest by Luther’s 95 Theses rescued the Church from its Babylonian captivity, as Luther called it.

Although we hold Luther in high regard, as well as Calvin, Zwingli, Knox and others, the praise ultimately goes to our Heavenly Father.  Jesus Christ said that upon the testimony of the gospel message He would build His Church.  What we can see in studying the Reformation is how Jesus Christ protected His Church from the false doctrine of Roman Catholicism.

The Lord reintroduced the proper interpretation of His word so that His people could understand His message to us.  All praise, honor, and glory belong to Him.