A Few Reflections For This Christmas Morning 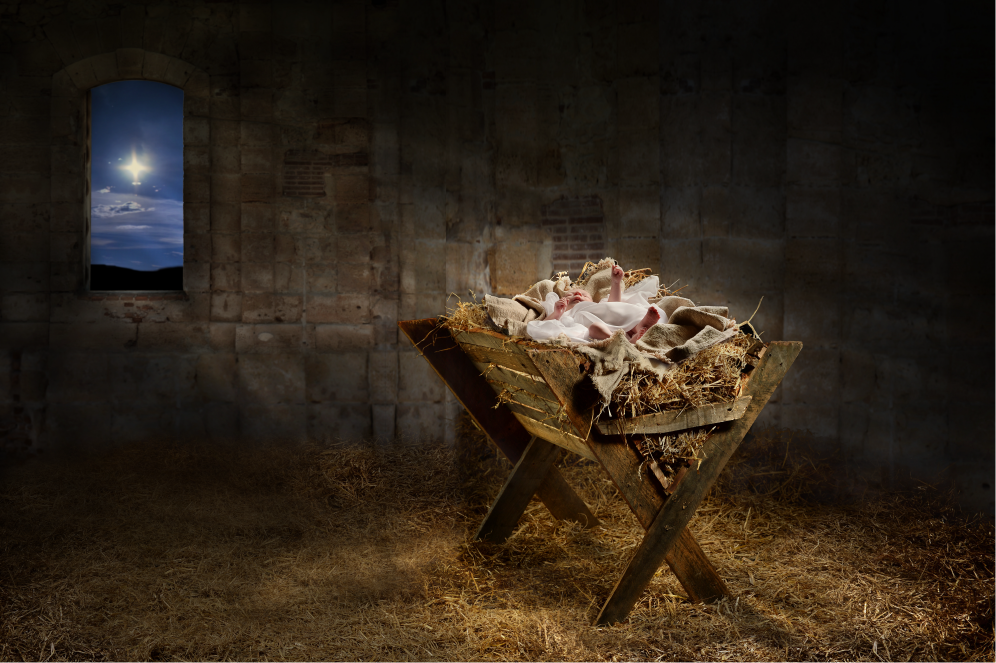 Merry Christmas! I wanted to take a moment of time to write a very brief reflection on Christmas. Take some time to ponder what is written below as you enjoy this wonderful time of year! It truly is one of my favorite parts of the year. I love the spirit of giving, the family gatherings and all of the Christmas lights!

Just a few weeks ago, my wife, daughter and I went for a drive through a park set up with Christmas lights. It was quite a magnificent show of lights. As we drove through the park, my daughter was jumping around the car and the joy was spilling out of the cracked windows. It was really hard to tell which was brighter, the smile on her face or the light exhibits I was surrounded by. It is simply a fun time of year. So, as you read this, don’t think I am anti-American holiday. I love the Santa Clause decorations and all that jazz. However, during this time of year, it is of the utmost importance to reflect on just a few other things.

Jesus is Immanuel; God With Us.

[bctt tweet=”Can you believe it? Just about two thousand years ago, the Creator of the universe became part of His very creation. The almighty God became human. God came to us.” username=”The 1024 Project”]

“Now all this took place to fulfill what was spoken by the Lord through the prophet: ‘Behold, the virgin shall be with child and shall bear a Son, and they shall call His name Immanuel,’ which translated means, ‘God with us’” (Matthew 1:22-23).

What This Meant to Them

In America today, anyone who has been in church any amount of time has heard all about the term “Immanuel” and rightfully so. The problem I have faced with others and within myself, is the lack of magnitude placed on this one name. I’ve become familiar with it and now seem to forget how important it truly is. The magnitude really rests on who Jesus of Nazareth is. As we realize who Jesus is, we realize the magnitude of Jesus walking the earth!

Jesus has always been God

From eternity past, Jesus has always and will always be God. “In the beginning was the Word. The Word was with God and the Word was God. He was in the beginning with God” (John 1:1-2). Later in verse 14, the Word is defined as Jesus, “And the Word became flesh, and dwelt among us, and we saw His glory, glory as of the only begotten from the Father, full of grace and truth.” Jesus has always and will continue to be Yahweh.

Jesus not only has always and will always be God; He has always and will always be fully God. Jesus is not just a third God, He is fully (100%) God. Colossians 2:9 makes it plain, “For in Him all the fullness of Deity dwells in bodily form…” Hebrews 1:3 adds, “And He is the radiance of His glory and the exact representation of His nature, and upholds all things by the word of His power.”

God came to earth to be with us. To the people in the New Testament time, Immanuel meant so much. They understood the magnitude of such a truth. The people of Israel were and still are God’s chosen nation. God worked through Israel and brought Jesus to the earth through Israel. In the Old Testament, we see God leading Israel; we see God speaking with leaders of Israel; we see God delivering, punishing and blessing Israel. The last prophet of Israel was Malachi who lived around 450 BC. There was approximately 450 years between the last prophet of Israel and Jesus’ birth. That’s a long time of silence.

Even beyond that, the last time the people of Israel were able to freely fellowship with God was…never. Adam and Eve were the last who were able to freely fellowship with God in perfect harmony which occurred around 4000 years prior to the birth of Christ. Adam and Eve were perfect and sinless. As soon as the fall in Genesis 3 occurred, that fellowship was broken. Jesus coming to walk the earth with man was a huge deal and the Israelites knew it (even though they did not receive Him).

Even more than that was a reason that was a little more understood by Israel during New Testament times. The Jews were being oppressed by the Romans. Rome was one of the nastiest empires to rule the known world. They were strong and didn’t put up with anything that would hurt and even discomfort the empire. Immanuel was God with them. God, the same God who delivered them from Egypt (world power), who brought them out of the Babylonian captivity (world power) and who led them to conquer the promised land which was occupied by multiple strongholds. Immanuel was supposed to deliver them once again from the grasp of Rome! As we know today, Immanuel did deliver, but in such a more drastic way.

What It Meant to Him

Have you ever reflected on what it meant for Jesus to come into the world as a man?

He is the image of the invisible God, the firstborn of all creation. For by Him all things were created, both in the heavens and on earth, visible and invisible, whether thrones or dominions or rulers or authorities—all things have been created through Him and for Him. He is before all things, and in Him all things hold together. (Colossians 1:15-17)

Have this attitude in yourselves which was also in Christ Jesus, who, although He existed in the form of God, did not regard equality with God a thing to be grasped, but emptied Himself, taking the form of a bond-servant, and being made in the likeness of men. (Philippians 2:5-7)

I don’t think much more needs to be said. Jesus, being God, humbled Himself and took on the form of a man for the purpose of saving humanity. It is important to mention here, Jesus did not cease to be God while He was on the earth. Jesus was the God-Man. He was 100% God and 100% man. We see it in Colossians 2:9. It is important to realize this. If Jesus ceased to be God, the sacrifice He made is not enough for salvation. This is also where the immutability of Jesus is of importance (Heb. 13:8).

Jesus, the God of the universe was a babe as God and man. I have an 8-month-old daughter. She is the most adorable little thing I have ever seen and probably ever will see. The God of the UNIVERSE, CREATOR OF ALL THINGS became a babe. At some point, He was an 8-month-old boy who was totally dependent on His parents for survival yet held the universe in the palm of His hand. Pause and think about that for a little bit…

What it means for us

Rejoice. Sit, think, ponder, but rejoice. God took on the form of man so that we could have life. The God who parted the Red Sea, delivered a nation from Egypt, who flooded the earth, who created the universe, who stopped the sun, who reigned fire on Sodom and Gomorrah, who created the Law, who gives power to nations, who saves souls from eternal damnation took on the form of a babe, grew into a man, died on a cross and rose from the dead so that you could have eternal fellowship with Him. Can I get an amen? No love story compares…and it all started on Christmas, the birth of Jesus Christ.

You see, Santa is great and giving is something I think should be celebrated. I believe, however, something so much more exciting is the reason for Christmas and we tend to lose sight of that. Don’t give up Santa and Christmas…that’s not what I’m saying or I would be the biggest hypocrite. Just reflect on the truth of Scripture.

As you open or mess with the gifts which you have already opened, hang out with family, fill your stomach past the point of comfort with delicious food, and watch your favorite Christmas movie, make sure you reflect on the truth and magnitude of God coming to man. The celebration of an event that was the start of man being brought back into perfect fellowship with Yahweh. Have a very merry Christmas!