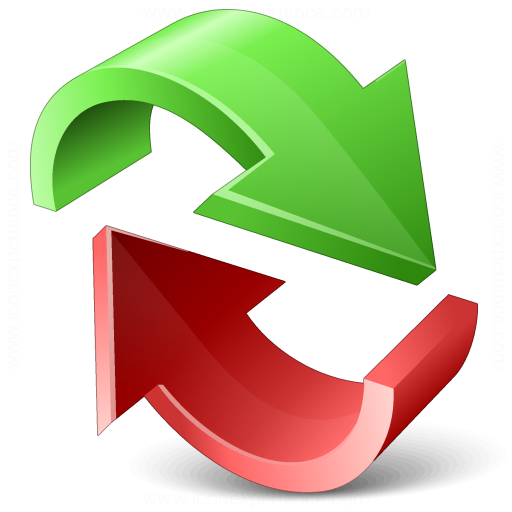 “But you are a chosen race, a royal priesthood, a holy nation, a people for God’s own possession, that you may proclaim the excellencies of Him who has called you out of darkness into His marvelous light; for you once were not a people, but now you are the people of God; you had not received mercy, but now you have received mercy.” —1 Peter 2:9–10

A major passage often put forward by replacement theologians in an effort to teach that the Church has replaced Israel by becoming the “New Israel” or the “True Israel” in 1 Peter chapter two. For example, commentator Peter Davids says, “This position is described by transferring to the church the titles of Israel in the OT (for the church is the true remnant of Israel, as the use of Israel’s titles from 1:1 on indicates).”[1] Another says, “God’s chosen people are no longer said to be those physically descended from Abraham, for Christians are now the true ‘chosen race’. . . . What more could be needed in order to say with assurance that the church has now become the true Israel of God.”[2] Yet another tells us the following: “Peter proceeds to apply title after title conferred on the old Israel to the church as the new Israel of God. . . . Nothing could show more clearly than these two verses [1 Pet. 2:9–10, TDI] the claim of the early Christian church to be the true people of God, heir to all the promises made to the old Israel.”[3] I believe such interpretations of this passage is wrong and that there are no New Testament passages that teach that the Church has replaced Israel. Certainly not 1 Peter 2!

TO WHOM DID PETER WRITE?

One’s interpretation of Peter’s epistle is determined, (assuming one is consistent with the application of their starting point), by those to whom he is writing. Peter says the following: “Peter, an apostle of Jesus Christ, to those who reside as aliens, scattered throughout Pontus, Galatia, Cappadocia, Asia, and Bithynia, who are chosen” (1 Pet. 1:1). The Apostle Paul tells us that Peter was the Apostle to the Jewish people. “But on the contrary, seeing that I had been entrusted with the gospel to the uncircumcised, just as Peter had been to the circumcised (for He who effectually worked for Peter in his apostleship to the circumcised effectually worked for me also to the Gentiles),” (Gal. 2:7–8). Peter describes those to whom he is writing as “aliens” and “scattered” throughout the region we know today as Turkey. An alien is someone who is not originally from the location of his residence. One Greek lexicon says it refers “to staying for a while in a strange or foreign place, sojourning, residing temporarily.”[4] The next word translated “scattered” is the Greek word from which we get the well-know English word “diaspora,” which speaks of Jews living outside the land of Israel in Gentile nations. The Greek lexicon defines this word as the “state or condition of being scattered, dispersion, diaspora.”[5] The only other time it is used in the Greek New Testament is in James 1:1: “James, a bond-servant of God and of the Lord Jesus Christ, to the twelve tribes who are dispersed abroad, greetings.” James was clearly writing to Jewish believers.

It seems very clear from Peter’s opening statement that he is writing this letter to Jewish believers, just as James also did. Arnold Fruchtenbaum correctly notes:

Interestingly, most of the post-apostolic early church fathers also agreed that 1 Peter was written to Jewish believers scattered throughout the stated regions of modern-day Turkey.

With few exceptions, the Fathers believed that this letter was written by the apostle Peter and sent to Jewish Christians in the Diaspora (Eusebius of Caesarea, Didymus, Andreas, Oecumenius). They recognized that the letter has close resemblances to James, and they accounted for this by saying that both men were apostles to the Jews, though Peter seems to have concentrated more on those who lived outside Palestine (Andreas).[7]

It is clear, Peter, an apostle who was specifically called to minister to the Jews, is writing a letter to encourage Jewish believers who are in the diaspora. It makes no sense to speak of Gentile Christians as aliens living in Gentile nations. It makes good sense to speak of Jewish believers as aliens living in Gentile lands who had likely been there since their dispersion by the Assyrians and Babylonians. Fruchtenbaum explains:

It should be kept in mind that Peter is writing to Jewish believers. Throughout Scripture, there are always two Israels: Israel the whole that comprises all Jews; and, Israel the Remnant that comprises only believing Jews. Here, Peter distinguishes between the Remnant and the non-Remnant. Replacement Theology, however, relies on this passage as proof that the true Israel is the church.[8]

If one sees that this epistle was written to Jewish Christians then this will be a key issue for how one understands the disputed statements in chapter two. If one believes, in spite of the evidence, that it is a general epistle written to the church at large this will also color how they understand chapter two differently.

THE ISRAEL OF GOD

In the course of writing to Jewish believers and informing them of the fact that because they have accepted Jesus as their Messiah then they have received the full blessing intended by the Lord for a member of God’s elect nation—Israel. However, replacement theologians attempt to use 1 Peter 2 as a proof that the Church has forever replaced Israel. “But you are a chosen race, a royal priesthood, a holy nation, a people for God’s own possession, that you may proclaim the excellencies of Him who has called you out of darkness into His marvelous light; for you once were not a people, but now you are the people of God; you had not received mercy, but now you have received mercy” (1 Pet. 2:9–10). While many examples of replacement interpretations of this passage could be cited, I will only mention one example. Paul Achtemeier says, “The twofold description of the new community (2:5; 2:9–10) shows by its language that the church has now taken over the role of Israel.”[9]

Replacement theology teaches that since clear terms used for Israel in the Old Testament are cited in this New Testament epistle, then if follows that they are applied to the Church, thus, the Church has replaced Israel. There is no doubt that clear Old Testament language used in the first testament in relation to Israel is used in 1 Peter 2. These terms include: “a chosen race,” “a royal priesthood,” “a holy nation,” “a people for God’s own possession” (1 Pet. 2:9). However, since Peter is writing to “the Israel of God” or Jewish believers, he is listing these Old Testament descriptions of Israel to let them know that everything promised them in the Old Testament is being fulfilled through their faith in Jesus as their Messiah. This is juxtaposed by a comparison with unbelieving Jews who have not trusted Jesus as the Messiah of Israel in verses 7–8. Peter speaks of “the stone which the builders rejected” (2:7) as a likely reference to Jewish leadership that lead the nation to reject Jesus as the Messiah. Peter further describes Jewish unbelievers as ones that view Jesus as “a stone of stumbling and a rock of offense” (2:8a). He notes that these Jewish unbelievers “stumble because they are disobedient to the word, and to this doom they were also appointed” (2:8b).

A clear contrast is noted as verse 9 begins with “But you. . . .” In contrast to Jewish unbelievers, believing Jews will actually be benefactors of the Old Testament blessings decreed for the nation of Israel through faith in Jesus. Thus, these four descriptives in verse 9 are not being transposed upon the Church, instead they are reiterated to Jewish believers within the Church by the apostle to the circumcised. Fruchtenbaum explains:

It is important to recognize that the contrast Peter makes here is not between the Church and Israel, or between believers and non-believers, or between unbelieving Jews and believing Gentiles. Rather, the contrast here is between the Remnant and the Non-Remnant of Israel. Peter’s point is that while Israel the whole failed to fulfill its calling, the Remnant of Israel has not failed to fulfill its calling.[10]

Peter further explains his point as he moves to verse 10 where he refers to the Old Testament prophet Hosea. One of Gomer’s illegitimate children was named “Lo-ammi” (Hosea 1:9) which means in Hebrew “not My people.” The child was so named since he was the offspring, not of Hosea, Gomer’s husband, but from her harlotry. Since Hosea is a type of God in that book, the Lord is saying that not all of the children of Israel are His offspring. (I take it this is the Lord’s way of saying many within national Israel were unbelievers in relation to their individual salvation while still a part of national Israel.) However, the very next verse says, “Yet the number of the sons of Israel will be like the sand of the sea, which cannot be measured or numbered; and it will come about that, in the place where it is said to them, ‘You are not My people,’ it will be said to them, ‘You are the sons of the living God’” (Hosea 1:10). This sounds like what Peter is saying in 2:10 of Jewish believers of his day. Again, Fruchtenbaum explains:

While much more could be said about 1 Peter 2, it is abundantly clear that the passage does not support any form of replacement theology. Instead, it speaks of a fulfillment of God’s Old Testament promises to the Israel of God through Christ, not a replacement of Israel by the Church. God will indeed keep all His promises to Israel even though during the Church age He is combining elect Jews and Gentiles into a single co-equal body (Eph. 2:11–22). If the New Testament actually taught supersessionism or replacement theology there would need to be a clear statement of just such a doctrine. However, no clear teaching of this nature appears, in spite of the many inferences by interpreters. In addition, the Apostle Paul teaches just the opposite in Romans 9—11. Even a liberal scholar such as Peter Richardson is able to recognize this truth when he says: “There is also discontinuity between the Church and Israel A.D. In spite of the many attributes, characteristics, privileges and prerogatives of the latter which are applied to the former, the Church is not called Israel in the NT.”[12] Maranatha!