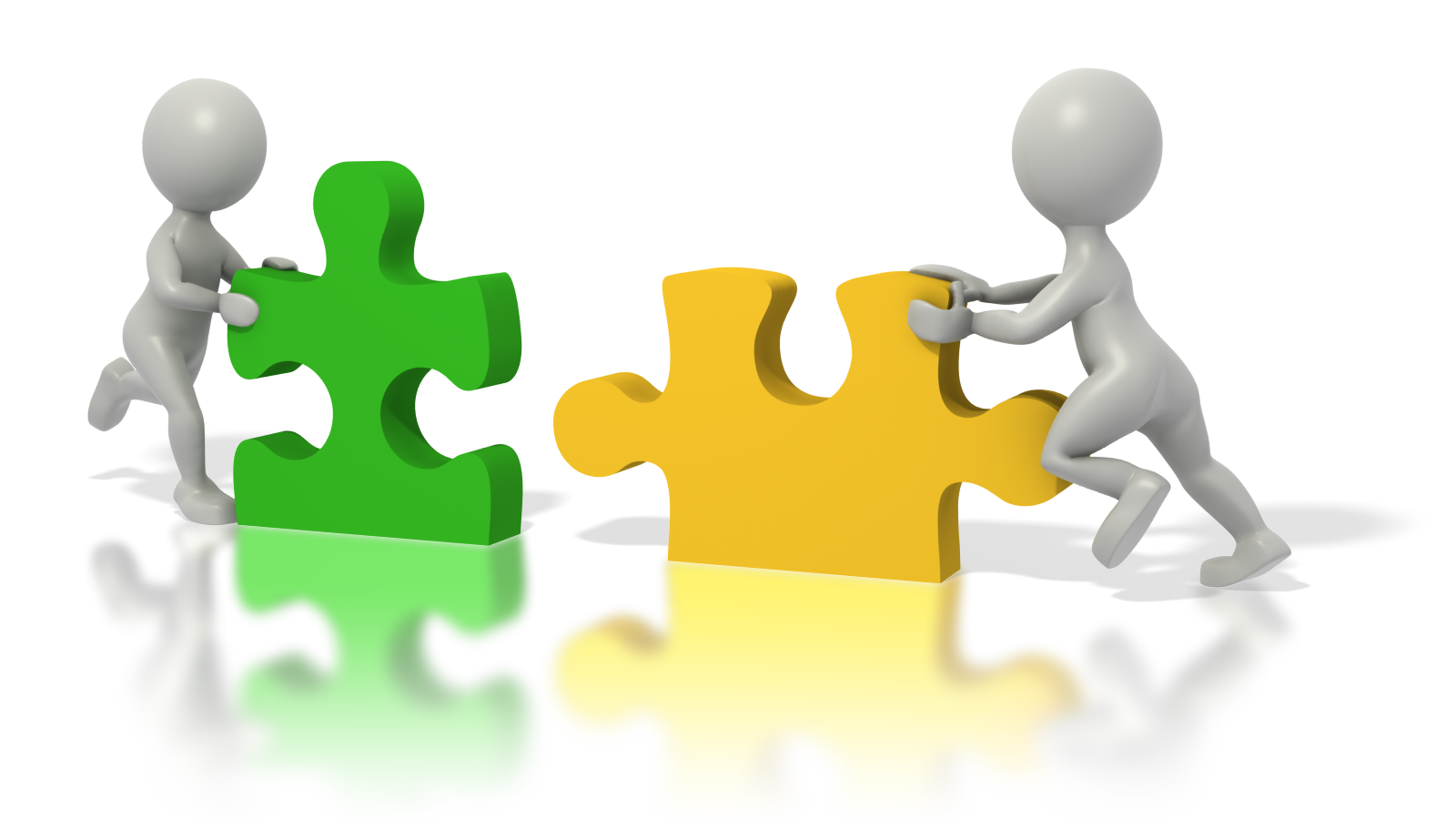 – The relationship between divine sovereignty and human responsibility (or free moral agency) has long been a fixation for me. At one time I held to a strongly Calvinistic position complete with meticulous predestination. During the course of my studies I’ve adjusted my perspective numerous times; these days I hold to a basically Chaferian soteriology and lean tentatively toward a general sovereignty model.[1] I think these approaches come closest to capturing and synthesizing what the Bible has to say on the subject. But it always fascinates me that like-minded theologians and exeg­­­­­etes, committed to the same presuppositional and methodological commitments, can come to such sharply divergent views on this subject. I think this is because the logical and theological problems involved in this question are daunting and perhaps insuperable in this life. Here’s why:

In his contribution to David and Randall Basinger’s Predestination and Free Will, Bruce Reichenbach helpfully employs the analogy of a jigsaw puzzle to clarify the problem at hand.[2] I don’t particularly like his conclusions (in my opinion, the limitations he tries to place on God’s sovereignty are far too extensive, not to mention unscriptural), but I do like his analogy, so I’ve co-opted it for my own use. (Thanks, Bruce.)

When we consider the relationship of divine sovereignty and human responsibility, we are faced with a challenge somewhat like trying to put together the pieces of a jigsaw puzzle. There are a number of data-points, derived from Scripture, that function as these puzzle pieces. Briefly tabulated, they are as follows:[3]

Those four puzzle pieces relate to the general state of affairs in the universe. But there are at least six additional pieces that pertain specifically to soteriology:[5]

So there we have it: ten puzzle pieces. Perhaps I am wrong about one or more of these, but I have endeavored to read and represent Scripture faithfully and am fairly confident that all of these statements flow naturally, and in most cases inevitably, from the germane Biblical texts.

Now that the puzzle pieces have been identified (“turned face up,” as Reichenbach puts it), the difficult task of putting them together begins. I don’t get very far in the endeavor before it becomes clear to me that they don’t all fit together. There are several ways to connect pieces 1 and 2, but none of them seems natural. Pieces 5 and 6 fit together nicely, but will not connect to piece 9. Pieces 8 and 9 don’t seem to belong together at all, especially when pieces 1, 5, 6, and 7 are in the mix. And so on.

I put together as many of the pieces as I can, but several are left over, and try as I might, I cannot attach them properly to the others. Obviously, this is a problem. What can I do? Several options present themselves.

First, I could throw away all of the leftover pieces. Problem solved! Unfortunately, I now have an incomplete puzzle. (This is the equivalent of those who latch onto, for example, Calvinism or Arminianism and simply ignore the verses troublesome to their systems.)

Second, I could get out my scissors and reshape the leftover pieces. If they won’t fit on their own, I’ll make them fit! Unfortunately, I now have a damaged puzzle. (This is the equivalent of those who reinterpret the verses troublesome to their systems in exegetically untenable ways to resolve the difficulties they present, such as Calvinists who see the world in 1 John 2:2 as the world of the elect.)

Third, I could throw up my hands and complain that the manufacturer has sold me a defective puzzle. No wonder I can’t get the pieces to fit together—they were mismatched pieces to begin with! (This is the equivalent of the unbeliever or errantist who denies the unity and truthfulness of Scripture.)

Or fourth, I could trust that these ten pieces really do fit together into a whole puzzle somehow, but that I don’t presently have all of the constituent puzzle pieces. If I had more pieces, doubtless they would form the connecting “bridges” between the various pieces that I already have, filling in the gaps and completing the final picture. But I don’t have them, and even though I keep checking the puzzle box and searching around on the floor for a dropped piece or two, no more are forthcoming.

After thinking about this problem for many years, I have concluded that option four is probably the best. You see, God has given us a lot of information about Himself and His plan. Sufficient information, even, to equip us to do all that He would have us do. But He hasn’t seen fit to give us exhaustive knowledge of Himself and His plan (indeed, our finitude would make that impossible), and there are many theological truths that we will not (indeed, cannot) learn on this side of glory.

So what’s a perplexed (and curious) theologian to do? The best he can do, and nothing more. I interlock the puzzle pieces together to the best of my ability, and I accept by faith that God will fill in the gaps someday when dust returns to dust and our time on Earth is done. Or maybe He won’t: the secret things belong to the Lord. In any case, I accept by faith that the rest of the puzzle pieces do indeed exist, and that He has them safely in His possession. For now, I leave the half-completed picture be. Sometimes I gaze at it and wonder what it would look like with all the gaps filled in. When a certain contemplative mood strikes, I squint at it a little, tilt my head to the side, and think that I can imagine the completed picture. But maybe not—maybe my imagined reconstruction is partially or completely off-base. It doesn’t matter. I’m grateful for the puzzle pieces I do have, invigorated by the challenge of trying to put them together, and humbled by the realization that I can’t quite pull it off.

[1] I am acutely aware that “general sovereignty” means different things to different people. John Feinberg’s summary comments are helpful: “General sovereignty models hold that in creating our world God decided to give humans free will, i.e. libertarian free will. . . . This doesn’t mean that God does not get any of his goals accomplished, but only that he has chosen sovereignly to create a world in which he ‘sets up general structures or an overall framework for meaning and allows the creatures significant input into exactly how things will turn out.’ The key with general sovereignty models is that God does not have specific purposes for everything that occurs. . . . Instead, God has general purposes that he accomplishes within the overall framework of the room that our freedom leaves him to maneuver” [John Feinberg, No One Like Him: The Doctrine of God (Wheaton, IL: Crossway, 2001), 643–644]. While I am uncomfortable with some of the language and concepts here, I do find myself drawn to the main features of this approach. As a unifying theory of sovereignty and human freedom, it offers marvelous explanatory power. It can deal with things like apparently extraneous evils better than full-blown meticulous predestination, and it also has an easier time constructing an internally coherent theodicy. But some features are problematic and do not comport well with Scripture. I am comfortable saying that I lean tentatively toward a moderate version of general sovereignty, but would insist that God’s foreknowledge is exhaustive, His plan/decree is all-encompassing, and He is able to (and sometimes does) override the human will to accomplish His purposes. If purists insist that that disqualifies me from being on the official general sovereignty team, so be it.

[3] For the sake of brevity, no attempt has been made toward proof-texting these statements comprehensively.

[4] For a good defense of God’s sempiternality from a Calvinistic theologian, see John Feinberg, No One Like Him, 428–433. For an equally skilled defense from an Arminian theologian, see William Lane Craig, Time and Eternity: Exploring God’s Relationship to Time (Wheaton, IL: Crossway, 2001), 77–112, 239–241.

[5] Some have argued that whatever paradigm governs God’s sovereignty and man’s freedom in general must also govern the specifics of soteriology (election/reprobation/faith/salvation) and the doctrine of inspiration. This approach is appealing in its elegance; it reduces the levels of complexity that must be dealt with, which would certainly please William of Ockham. But I prefer to see soteriology and inspiration as special categories with their own governing rules and paradigms. There are several reasons for this, of which two are most prominent. First, Scripture’s various depictions of salvation seem to treat it more as a special miracle wrought of divine initiative than as a feature of God’s providential outworking. Second, God’s providence would necessarily encompass all writings in one sense or another. Therefore, if the inspiration of Scripture were effected providentially rather than miraculously, how could we maintain, in a nonarbitrary manner, that the Bible is uniquely God’s Word but all other books are not? That is to say, if inspiration were merely a feature of God’s providence, then the Spirit’s acting on humans’ wills to inspire Scripture would be on the same plane with my wearing a green shirt today in accordance with God’s predetermined decree. But if that were true, then Moby Dick and Calvin and Hobbes would be equally as “inspired” as the Bible, since the actions by which they were written are also subsumed under God’s predetermined decree and subject to His providence! Thus we are on safer ground to classify inspiration as a miracle rather than as an outworking of divine providence.