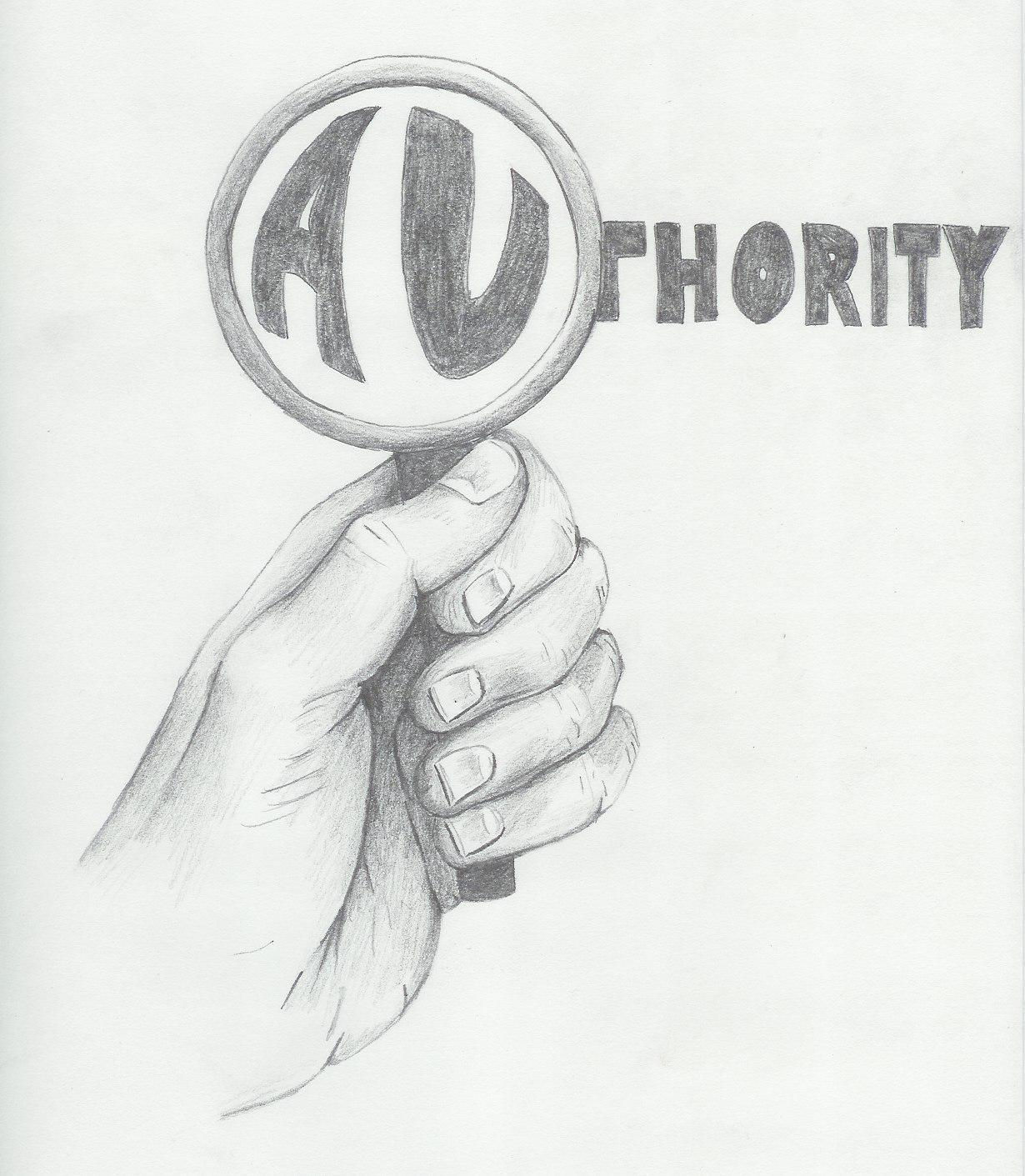 – The concept of “authority” cannot be separated from the person of Christ and the Bible. This concept is largely discussed and omnipresent in the Bible from cover to cover. It is seen it the Bible’s declarations, the person, the nature and life of Christ. In his letter to Timothy Paul declares that, “All scripture is given by inspiration of God”[1] (2 Tim. 2.16). Thus, the Bible is God’s voice and consequently the expression of His authority, which is also fully therein discussed. Jesus Christ, the Son of God, is the Creator and Sustainer of all that exist (John 1. 1-3; Col. 1. 16-18) and being the Divine Author is Scripture, It is therefore impossible to speak of His authority apart from that of Scripture. Before getting to discuss the authority of Christ and the authority of Scripture, it is judicious to define the word “authority”.

The New International Webster Comprehensive Dictionary of the English Language defines the word authority as “the right to command and enforce obedience; the right to act officially.” Bernard Ramm says, “Authority itself means that right or power to command action or compliance, or to determine belief or custom, expecting obedience from those under authority, and in turn giving responsible account for the claim to right or power”[2]. Throughout history, the world has witnessed different abusive forms of authority exercised by some forms of government, religions and individuals. Nevertheless, as Richard L. Mayhue rightly point out, “What is truly known about authority did not originate outside of Scripture, but rather within. Thus, it is not a secular concept that has been co-opted by religion. On the contrary, it is a sacred element of the very Person of God. What Scripture properly teaches about authority has actually been shamefully distorted by this world’s system and wrongfully employed by all world religions.”[3] He adds, “However, with a biblical worldview, original authority and ultimate authority reside with God and God alone. God did not inherit His authority—there was no one to bequeath it to Him. God did not receive His authority—there was no one to bestow it on Him. God’s authority did not come by way of an election—there was no one to vote for Him. God did not seize His authority— there was no one to steal it from. God did not earn His authority—it was already His. God inherently embodies authority because He is the great “I AM” (Exod 3:14; John 8:58).”[4]

The authority of Christ

Christ’s authority does not emanate from an outside source. As the source of all authority (Rom. 13.1), Christ’s authority lies within Him. During His ministry here on earth, He showed His authority in all His deeds and expressed Himself with authority in His teachings. When Christ, God incarnated, came on earth, He displayed the Father’s authority. His countrymen testified that He taught not like the prophets and teachers of His time, but he did so “as one that has authority” (Mk. 1.22).  He did not say like the prophets, “Thus says the Lord…”, “the word of the Lord came unto me, saying…”but rather, “Verily I say unto thee…”, or again, “Ye have heard that it was said by them of old time…But I say unto you…” Charles Hodge wrote, “Hence He spake as never man spake. He taught with authority. He did not do as Moses and the prophets did, speak in the name of God, and say, Thus saith the Lord, referring to an authority out of themselves. But He spoke in his own name, and the Apostles in the name of Christ. He was the ultimate authority. He uniformly places Himself in the relation of God to his people.”[5]

Besides displaying His authority by casting out demons and forgiving sins –that which only God had the authority to do- (Lk. 4.36; 5.24), Christ showed His authority on sickness (6.16), on death (8.53) and nature (Mt. 8.23-26). Christ declared Himself to be the truth. Thus, every word that came out of His mouth had to be taken as such and obeyed without questioning. He said, “I am the truth” (Jn 14.6) and to affirm the eternal character of His words he said, “Heaven and earth shall pass away, but my words shall not pass away” (Matt 24:35). His word is true and eternal because He is the true God to whom belongs all power and authority in heaven and on earth (Matt. 28.18).

The very nature of Christ is an expression of His authority. In his letter to Timothy, Paul describes Him as “the blessed and only Potentate, the King of kings, and Lord of lords; Who only hath immortality, dwelling in the light which no man can approach unto; whom no man hath seen, nor can see: to whom be honour and power everlasting” (1 Tim 6:15-16). He is also describes as, “Unsearchable (Romans 11:33), Immortal (1 Timothy 1:17), Inscrutable (Isaiah 40:28), Incorruptible (Romans 1:23), Invisible (1 Timothy 1:17), Unfathomable (Romans 11:33). No one can doubt Christ’s Omnipotence, Omniscience, Omnipresence, Immutability, Sovereignty, Eternality, Greatness and Self-existence. All these are certainly expressions of His Deity but, they also speak of His authority for deity and authority cannot be separated.

The authority of Scripture

In relation to Scripture, Christ asserted that they spoke of Him. “And ye have not his word abiding in you: for whom he hath sent, him ye believe not. Search the scriptures; for in them ye think ye have eternal life: and they are they which testify of me. And ye will not come to me, that ye might have life.”(John 5:38-40). He testified that all Scriptures pointed to Him. “And beginning at Moses and all the prophets, he expounded unto them in all the scriptures the things concerning himself…And he said unto them, These are the words which I spake unto you, while I was yet with you, that all things must be fulfilled, which were written in the law of Moses, and in the prophets, and in the psalms, concerning me” (Luke 24: 25-27; 44f). Christ recognized the authenticity and authority of every word and every part of the Old Testament; the law of Moses, the prophets and the psalms.  Scripture is Christocentric –Christ is at the beginning and at the end of the Bible, both Old and New Testaments. In referring to Christ, the apostle John wrote, “In the beginning was the Word, and the Word was with God, and the Word was God” (John 1:1). Christ is authoritative. Christ is the Word. Conclusion: the Word is authoritative. Christ seized every occasion to confirm the divine authority of both the Old and New Testament Scripture (Matt. 5. 17-18; Luke 24.44; John 10. 34-35; 14.16-17; 16.13). On many occasion, Jesus showed that the Bible had final authority. When resisting the tempter in the wilderness, Jesus quoted Scripture with determination and finality (Matt. 4.4, 7, 10). He used the Old Testament in settling the question about the resurrection in His answer to the Pharisees (Matt. 21.42) and also in claiming His authority and right to cleanse the Temple (Mark 11.17).

And all the same, the authority of Scripture stands upon the fact that it is inerrant and infallible. Jesus said to the Jews that, “the scripture cannot be broken” (John 10:35). The writings are unbreakable and without any form of mistake; Jesus said, “Thy Word is truth” (John 17.17). In addition, when Jesus said, “For verily I say unto you, Till heaven and earth pass, one jot or one title shall in no wise pass from the law, till all be fulfilled” (Matt 5:18), He made it clear that every word of Scripture will be fulfilled to the smallest details. This claim of the irrevocable nature of Scripture is still a proof of it authority.

The authority of Scripture was seen in the lives of the Israelites. The priests and the Levites’ job was to teach the law, and base their sentence of judgment on it (Det. 17.9-11; 24.8). The authority of Scripture was exercised on everyone “that trembled at the words of the God of Israel” (Ezra 9:4, cf. 2 Chro. 34.19; Neh. 8.7). The writer of Psalms says, “My flesh trembleth for fear of thee; and I am afraid of thy judgments…but my heart standeth in awe of thy word” (Psalms 119:120, 161). The prophet Isaiah begins his prophecy with these words, “Hear, O heavens, and give ear, O earth: for the LORD hath spoken” (Isaiah 1:2). The peace and prosperity of the people depended upon their obedience of the word of God.

As the Creator, Christ has authority over all the creation and this authority cannot be taken away from Him for it was not given to Him any man. His life here on earth was characterized by the manifestation of this authority both in action and in words. Every word that came out of His mouth was endowed with authority. Christ, during His earthly ministry recognized and affirmed the authority of Scripture. Rejecting the authority of Scripture equals to rejecting that of Christ who affirmed it. Thus, the authority of Scripture cannot be separated from the authority of Christ. Recognizing this fact is a source of blessing and power for every individual or church that decides to stand by it.  We can close this paper with these words of Carl F. H. Henry, “Without an authoritative Scripture, the church is powerless to overcome not only human unregeneracy but also satanic deception. Where the church no longer lives by the Word of God it is left to its own devices and soon is overtaken by the temptations of Satan and the misery of sin and death.”[10]