The Separation of Church and State, Part 1 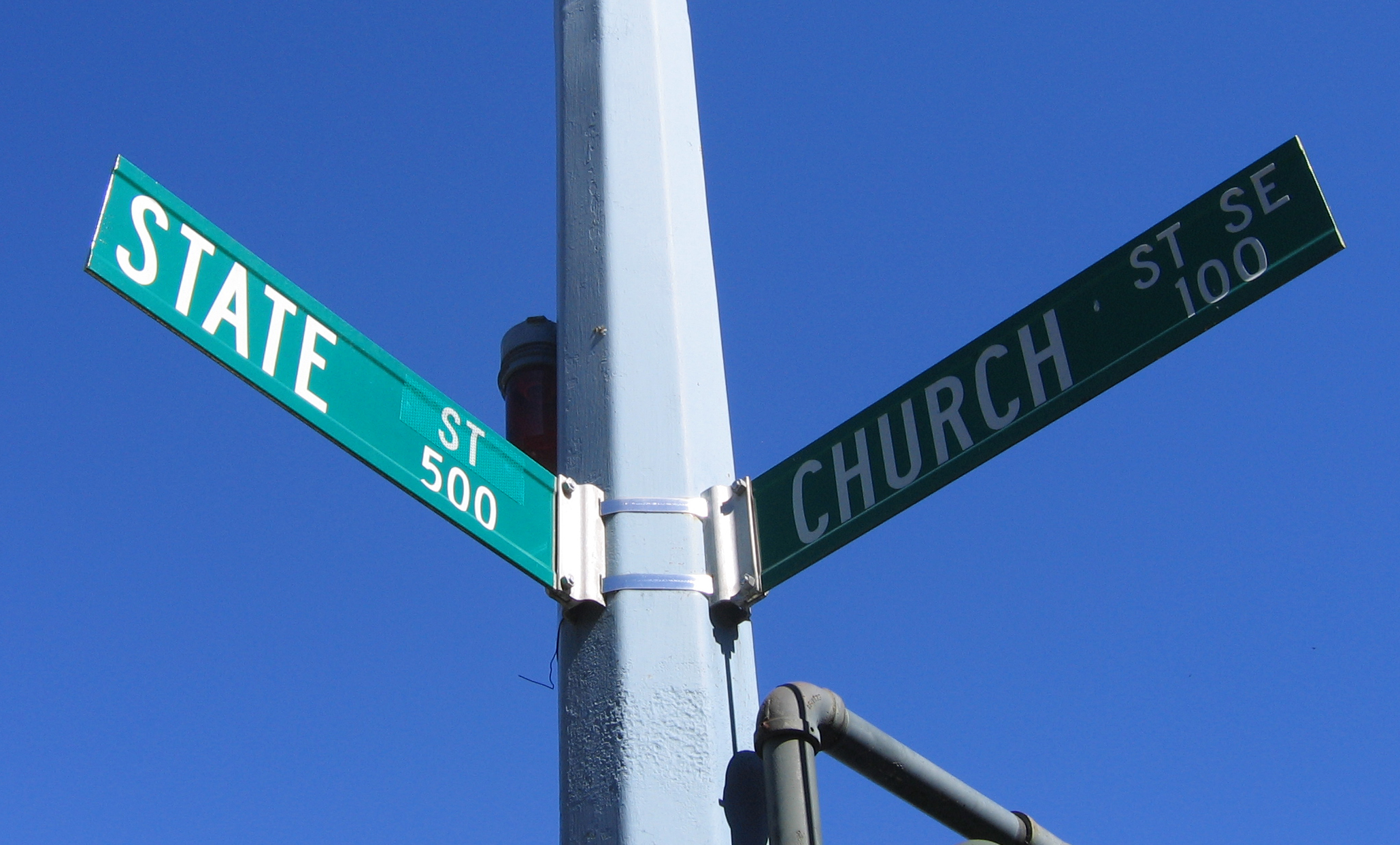 – Recently, a high school principal and athletic director were exonerated from criminal contempt charges for offering a public prayer over a meal at an athletic banquet.1 Yet, how could such a seemingly harmless activity ever rise to the level of a potential crime in the United States of America? The answer: a distorted reading of the Constitution that supposedly erects a high and impregnable wall between church and state. It is because of this lie, which was first introduced into the fabric of our culture through errant Supreme Court decisions of the early 1960’s, that city councils are sued for placing manger scenes on the steps of city hall, public schools are prohibited from teaching scientific creationism alongside evolution, copies of the Ten Commandments are stricken from government walls, teacher-led prayer and Bible reading is prohibited in public schools, and Christianity has generally been purged from public life.

It is true that church and state should be separate in the sense that both institutions are different and fulfill unique roles. The church should not take on governmental tasks such as taxing citizens and prosecuting criminals any more than the state should take on the responsibility of fulfilling the Great Commission. However, this is not the way the modern day separation between church and state doctrine is applied. Today, this doctrine means that the Christian worldview can have no influence over how the state should function. This doctrine has been misapplied so as to eliminate virtually all forms of Christian expression in public and governmental life.

When did all of this insanity begin? We can trace the origin of the modern understanding and application of separation between church and state to the following two Supreme Court decisions of the early 1960’s: Engle v. Vitale2 and School District of Abington Township v. Schempp.3 At issue in Engle was the practice of the New York public schools in having their students recite a non-compulsory, voluntary,4 short, 22 word, innocuous, non-denominational prayer requiring less than ten seconds of reading time that merely acknowledged dependence upon God. The words of the prayer read as follows: “Almighty God, we acknowledge our dependence upon Thee, and we beg thy blessings upon us, our parents, our teachers, and our Country.”5 The court’s decision in this case represented the first time in American history that the Supreme Court used the separation of church and state doctrine to illegalize the long-standing American tradition of opening the public school day with the voluntary recitation of a prayer. Similarly, the issue in Schempp involved Bible reading in the public schools. This practice was also voluntary, involved one of the students reading an excerpt from the Bible, the student selected a version of his own choice, and no instruction or comment was given beyond the simple reading of the text.6 Once again, the Supreme Court used the separation of church and state doctrine to strike down this long-standing American tradition.

Yet, an honest appraisal of these decisions shows them to be out of harmony with the vision of the Constitution’s authors. The founders would have been horrified at the prospect of removing the influence of Christianity from the functioning of public schools and government. The purpose of this new series of articles is to show how out-of-step these decisions are with the express wishes of America’s founding fathers. This purpose will be accomplished through a consideration of nine historical and legal facts.