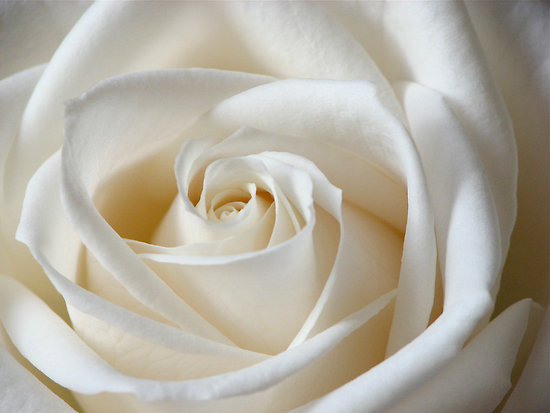 What does it matter if I know all of these things and more:

Our theology must translate down into life or it is of little value. The first area of specific application dealt with by the author of Hebrews is the relational (13:1-3). The second area deals with purity. The two purity issues that our author wants to address are without doubt the two areas in our lives where the hottest battles are often fought: morality and money.

While money is an important topic, it is morality that we want to examine in this paper. Hebrews 13:4 reads, Let marriage be held in honor among all, and let the marriage bed be undefiled; for fornicators and adulterers God will judge. Two of the most astounding impacts that early Christianity had on the secular culture of its day were in the realms of marriage and morality. We who have grown up in a Christian-laced society cannot appreciate the radical changes that Christianity introduced. Today we stand on the other side of Christian history, what many call a post-Christian era, in which the moral foundations of our Western world, having been founded on Christian principles, if not Christianity, erode before our very eyes. We fight this and lament it. We try to vote in the right politicians. We try to pass the right moral laws. We complain about the TV and modern music. But all of these efforts are ultimately failing because the foundation of our society has collapsed. Biblical Christianity is being abandoned, and with it the morality it brought to the world. The moral residue that remains is due largely to the hangover of Christian influence, but as that evaporates so will our morals. Only a full-scale return to the faith can turn back the clock.

A Christian speaker was asked which of the accepted morals of our day would change in the next 20 years. His answer was to look back 20 years to see which morals and values our society then held dear, which it has since abandoned. Think of the changes in the area of homosexuality, promiscuity on TV, Christian influence in the schools. Now, what is it that we consider immoral today that will likely change in 20 years? What is still taboo? Incest; pedophilia; euthanasia; maybe a few others. All of these will likely be accepted parts of our society in our lifetimes. How do we know? Because all of these things were accepted parts of civilized society before the invasion of Christianity.

When Christ came into the lives of the first generations of believers they were radically changed. No place was this transformation more evident than in the areas of sexual purity and marital relationships. Let’s start with marriage.

The word translated honor means, “Held as of great price, esteemed, especially dear.” A suggested literal translation of Hebrews 13:4a is, “Let marriage be precious to all of you.” Marriage being held in honor, marriage being seen as precious, was not a trait in the New Testament era among secular people, nor has it been since, except where true Christianity has been held sway.

Going hand in glove with the low esteem of marriage has always been the low esteem of women. Where women are devalued, naturally marriage is devalued. A famous quote from ancient Greek leader Apollodorus, while certainly exaggerated, nevertheless demonstrates well the Greek view of women and marriage during these times, “Hetairai (courtesans) we have for the sake of sexual gratification, pallakai (concubines) in order to take care of our bodies and look after us when we are ill, but lawfully wedded wives we have for the sake of producing legitimate children and to be faithful guardians of our property at home.”[1]

During seventeenth century Russia, a nation steeped with a perverted and superstitious form of Christianity rather than the real thing, women were treated in a similar way. In Robert Massie’s excellent biography, Peter the Great, we read of this pagan concept of women,

A woman was regarded as a silly, helpless child, intellectually void, morally irresponsible and, given the slightest chance, enthusiastically promiscuous…. Once married, the new wife assumed her place in her husband’s home, as an animate domestic chattel, and possessed no rights except through him. Her functions were to look after his house, see to his comfort and bear his children. If she had sufficient talent, she ruled as mistress over the servants; if not, in the master’s absence the servants took charge without asking or telling her anything…. If the husband was not happy, there were procedures for improving his situation. In most cases, where only a mild correction was necessary, he could beat her…. Sometimes the beatings were so severe that the woman died; then the husband was free to remarry…. [Divorce was also common but] The Orthodox Church permitted a man two dead wives or two divorces, but his third wife had to be his last.[2]

A mark of true Christianity should be the understanding that marriage is honorable, it is precious. When God is not being truly honored among those who claim to be His people, you will find that marriage is not given priority, and it is placed on the back burner, even despised. Divorce today among those claiming to be evangelical believers is almost identical with that of the secular community. These things ought not to be. Too many identify with Groucho Marx who said, “I was married by a judge. I should have asked for a jury.”

When the author of Hebrews told his readers to keep the marriage bed undefiled he was using the word “bed” as a euphemism for sexual intercourse. Adultery, in this same verse, has reference to unfaithfulness of someone who is married, while fornication (porneia) is a general term used of any form of sexual impurity. Again, this was radical stuff when the New Testament was being written. Few men considered any form of sexual practice as off limits (of course they had other rules for their wives). During the time of Alexander the Great, homosexual activity was considered natural, even for heterosexual men.[3] The Romans followed the same idea, indulging their whims whenever possible.[4] Throughout much of history children were considered sexual toys, and no one thought much of it.[5]

Into this cesspool of a world the message of redeeming grace entered, and with it a whole new standard of purity. The gravity of this was not immediately recognized as we see in 1 Corinthians 6:11-18, where even Christian men saw no wrong in visiting the temple prostitutes. But as Christianity spread throughout the world whole cultures were changed. Marriage became precious and honored, women were viewed as equal human beings, children were protected and kept pure, all forms of sexual conduct outside of marriage were condemned, purity was lifted high, and when someone failed the consequences were awful. It is true that sometimes the church went too far. Nathaniel Hawthorn’s The Scarlet Letter, the events of which most likely never happened, is an example. For her one sin, Hester Piney would be forever doomed to wear a scarlet “A” on her clothing so that all would know of her adultery. No forgiveness and reconciliation was possible.

While we all recognize the unbiblical nature of unforgiveness, the pendulum has certainly swung to the other side. Today, everything from advertisements to TV shows to music is saturated with immoral sexuality. It is so prevalent that we are forced, to some degree, to grow callous to it. Our sensitivities cannot be shocked constantly and survive. But what if we had lived underground since the 1950’s and suddenly showed up in the 21st century? What Billy Graham has said about contemporary writers is true of so many areas, “Their writings are like the drippings of a broken sewer.”

David Wells has documented that illegitimacy in America has increased 400 percent since 1960. “In 1990, in the worst pocket of illegitimacy in our society, 65.2% of Black children were born to unmarried mothers. Once the illegitimacy rate rises above 26 percent, Charles Murray estimates, poverty becomes endemic and virtually irreversible. This is exactly the point at which White America has now arrived.” The divorce rate has increased 200 percent during the same period with the results that less than 60 percent of children live with both of their biological parents. While violent crime has declined somewhat recently, it has done so from lofty heights. From 1960 to 1990 violent crime had risen 560 percent and the rate of teen suicide 200 percent. In addition, millions of unborn children have lost their lives since Roe v. Wade legalized abortion in 1973.[6] Even today, wherever Christianity has not permeated a culture it is normal for both women and marriage to be dishonored.

As bad as all this is, it gets worse, for God will not forever look the other way while people ignore His command for purity. In fact He will judge such sins. Judgment comes in two forms. There is the temporary and natural judgment that we are already experiencing as a society. We are surrounded with broken homes, unwanted children, venereal disease, AIDS, etc. “It is not possible to live and act against the moral grain of the universe established by God and not suffer terrible consequences (Ephesians 5:3),” John MacArthur reminds us. Then there is eternal judgment. We need to carefully read 1 Corinthians 6:9,10; Ephesians 5:5,6; 1 Thessalonians 4:3-7; Revelation 21:8 and 22:15 to recognize that those who claim to be Christians and live in continual immorality are only fooling themselves. It is possible for a Christian to fall into moral sin, but he will not perpetually live a lifestyle of immorality. It is possible for us to fall into a pigpen, but it is not possible for us to become pigs.

This was all new and revolutionary in the first century. Chastity in that society was unreasonable and seemed impossible. Yet, Christians transformed by the Holy Spirit and empowered for holiness did the impossible. They lived in a world far more saturated by sex and immorality than ours and they lived above the filth. This was one of the things that drew people to them. How could these Christians be so different from everyone else? How could they live morally? By what power had they been transformed so that they lived in purity in the midst of an unholy people with joy and enthusiasm for their God?

Talk about a witnessing method. Talk about lifestyle evangelism. Their transformed lives in the areas of morals were like a magnet either calling these broken and sinful people to Christ, or else repelling them. Could it be our turn? As our world turns darker and more morally perverse, could it be that the light of our purity becomes the best evangelistic weapon in our arsenal?

While it is highly unlikely that America is going to become more moral anytime soon, our opportunity to show forth the beauty of God’s holiness in our lives is unprecedented in recent history. The question is, will our lives exhibit a lifestyle so radically different from those around us that the purity of God is showcased?

Is your purity evident in your marriage? In your treatment of the opposite sex? In your language and joking at work? In your TV and movie watching? In your music? In the way you dress? God calls His followers to a life of purity that should be clearly evident to a watching world.