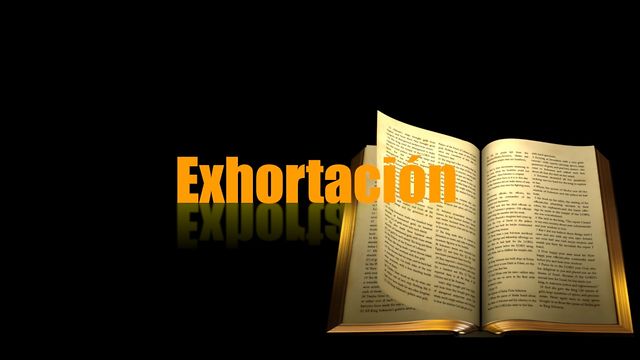 – The book of Hebrews is aptly described by the author himself as a “word of exhortation (13:22).”  This is the best way to understand the book, i.e., the way the author himself understood it.  Strictly speaking, Hebrews is not a letter or an epistle like that of the apostle Paul or Peter.  Peter explicitly calls the writings of Paul letters (2 Ptr 3:15-16), not to mention Scriptures. The author of Hebrews however, does not identify himself, nor his audience, and does not write in typical letter form.  Then in the conclusion he calls his writing a “word of exhortation.”  Much has been made of the fact that Hebrews reads much more like an actual sermon which was publicly delivered than a letter.  The sermonic nature of the argument, the use of rhetoric, and the conversational[i] tone of the letter (2:5; 5:11; 6:9; 8:1; 9:5; 11:32) seems to strongly indicate that the book of Hebrews was intended to be a written public sermon to be read out loud to the congregation.  The writer cannot be with his readers in person, so he writes to them.  However, he does not write them a typical letter, but rather gives to them a sermon.  Nonetheless, in spite of its strong sermonic nature, Hebrews still ends with a greeting, and so therefore cannot be completely contrasted with a letter.[ii]

What is true however is that the book of Hebrews may reflect what sermons were actually like in the first century early church.  When Paul delivered a public sermon to a synagogue in Pisidian Antioch on his first missionary journey (Acts 13:14-41), it was called a “word of exhortation (13:15).”  After the reading of the Law and the Prophets, the synagogue leaders asked Paul and Barnabas if they had any “word of exhortation for the people.”  To this invitation, Paul delivered a stirring sermon to the synagogue on Old Testament history and prophecy.  The crux of his message was that the promised Old Testament Messiah was crucified by the Jerusalem leaders, but has been raised from the dead (13:16-37).   Before finishing his sermon, Paul exhorts the synagogue to believe in Jesus Christ for the forgiveness of sins (13:38-39), and then concludes with an ultimatum that they need to “take heed” lest they personally experience the judgments written by the Old Testament prophets (13:40-41).

That Paul’s sermon was a “word of exhortation” there can be no doubt, and while his content may have been expressly distinct, this style of public address was typical in synagogues throughout the Roman Empire.  Instruction and exhortation were basic to the whole Jewish synagogue system, and this was continued and reinforced in the early church.  It is no coincidence that after Paul urged Timothy to give attention to the public reading of Scripture, he also urged him to exhort and teach (1 Tim 4:13).   Thus the author of Hebrews uses a very common method of instruction and exhortation in the early church to encourage and warn his audience.  The peculiar difference is that the author of Hebrews seems to have written a sermon in the form of a letter, rather than publicly deliver a sermon to them in person.  Further distinct is that this homily became inscripturated into the New Testament.

Both Paul’s sermon and the book of Hebrews are replete with explanations, exposition, instruction, and hortatory admonitions, not to mention much Bible history and prophecy, encouraging and/or warning their audiences of the necessity to respond properly to the Word of God.  Thus a strict, technical definition for the word of exhortation will be difficult to substantiate.  A “word of exhortation” appears to engulf all of the necessary elements of what is today called a “sermon” and it covers both evangelism and edification.  In the book of Acts, Paul was evangelizing a Jewish synagogue.  In the book of Hebrews, the author is pushing his audience toward spiritual edification.

In the book of Hebrews, the strong interrelationship between doctrine and practice is one of the cardinal characteristics of what the author meant by a “word of exhortation.”  The author believed very strongly that there is a strong correlation between apostolic doctrine and practice.  To the author, apostolic doctrine is both practical and personal, and the reason why is stated uniquely in Hebrews 4.  There, apostolic doctrine, i.e., the Word of God, is considered to be alive and active (4:12).  Moreover, this living, active Word is quickly identified as God Himself in the following verse (4:13).  That the author views the Word of God as divinely animate there can be no question.

Moreover, if this life-changing role of the Word of God has been arrested in the believer, in the context of Hebrews, this, the author calls drifting (2:1), unbelief (3:12), apostasy from the living God (3:12), hardness of heart (3:13), deceit (3:13), sin (3:13), disobedience (3:18; 4:11), and falling away (6:6).  Thus, to neglect careful attention to the Word of God, whether spoken, heard, written or read, is tantamount to apostasy from the living God (3:12).  In short, the author of Hebrews has a very high view of the Word of God.  He is absolutely convinced of its personal nature and practicality no matter how spiritual or invisible the doctrinal principles may be.  That the struggle of faith is later treated in great length (11:1-40) should surprise no one.  It would not be wrong to conclude that the Hebrew word of exhortation could be simplified as an exhortation to believe God (3:1-4:16; 10:22-23; 10:35-39; 11:1-40).  The superiority of Christianity is an invisible reality which can only be explained by the “word.”  It cannot be seen, touched, felt, or smelled by the senses.  The only way to appropriate its blessings therefore is by this irritating method called faith, something which the Hebrew readers were growing weary of (12:1-13).

Since the basic assumption of the author is that the Word of God is living and active, it is sometimes difficult to tell where doctrine stops, and where the exhortation begins, and vice versa.  This has resulted in any number of suggested outlines of the book of Hebrews given by various scholars.  A dogmatically drawn outline of the book of Hebrews would perhaps be a presumptuous endeavor, but anyone who labors to draw one up is quickly struck by the fact that the author continually goes back and forth between doctrine and practice as illustrated below[iii]:

This helps to illustrate what the author of Hebrews meant by a ‘word of exhortation’ in 13:22.  It refers to the entire preceding book of Hebrews itself,[iv] which shows no artificial distinction between theology proper and practical theology.  By definition, apostolic doctrineis practical.  In the book of Hebrews, the doctrines of Revelation, Christology, Eschatology, Substitution, Sanctification, and the Ascension are all followed by practical exhortations which the readers need to apply into their daily lives by faith.

[iii] This table has been modified from an article by John Niemala, No More Sacrifice in Chafer Theological Seminary Journal (Volume 4.4 – October 1998 and Volume 5.1, Jan-Mar 1999; Fountain Valley, CA), and also from a doctoral dissertation completed by Duane Dunham titled, Hebrews Warning Passages.