Is Jesus a Socialist? 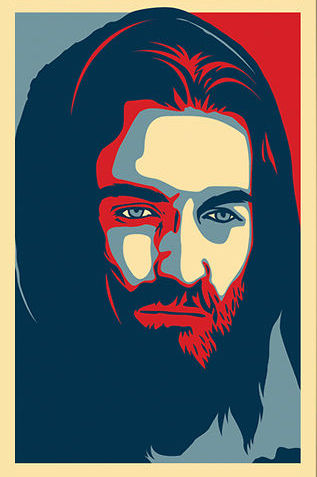 – When the question is posed: “Is Jesus a socialist?” The clear answer is “Of course not!” The claim that Jesus was a socialist was recently posed by Gregory Paul in The Washington Post who tries to argue for a biblically mandated socialism from the early chapters of Acts.[1] Paul’s claims are nothing new and have likely arisen out of the overall debate our nation is involved in concerning socialism vs. free markets. President Obama and his crowd want socialism, while the rest of the nation wants to move away from government control of the economy.

Where does the Bible teach such a political and economic theory? According to Gregory Paul it is expounded in the early chapters of Acts. Paul, not the Apostle, says that Acts 2 and 4 depict socialism. “Now folks, that’s outright socialism of the type described millennia later by Marx—who likely got the general idea from the gospels.”[3] Paul also contends: “the Bible contains the first description of socialism in history.” Not content to have butchered God’s Word in Acts 2 and 4, Paul moves on the Acts 5 and says, “Chapter 5 details how when a church member fails to turn over all his property to the church “he fell down and died,” when his wife later did the same “she fell down” and died.”[4] Paul furthers his nonsense with the following:

Dear readers, does this not sound like a form of terror-enforced-communism imposed by a God who thinks that Christians who fail to join the collective are worthy of death? Not only is socialism a Christian invention, so is its extreme communistic variant. The claim by many Christians that Christ hates socialism is untrue, while no explicit description of capitalism is found in the Bible—not surprising because it had not yet evolved.[5]

Private Property in Acts
There is not one shred of socialism in the book of Acts and here’s why. First, if socialism is in Acts there could have been no private property since government ownership of all property is at the heart of socialism. Where in Acts was the government involved, except in attempting to suppress the preaching of the gospel? These were not government officials who are dealing with the early church they are the apostles. Since the God of the Old Testament is the same God of the New Testament, there must be continuity between the two on any matter. Wayne Grudem observes: The Bible regularly assumes and reinforces a system in which property belongs to individuals, not to the government or to society as a whole.[6] Grudem further notes that individual property rights are assumed in the eight and tenth commandments and throughout the case law given them through Moses. How can one steal or covet a neighbor’s possessions if there is not personal property? In the books of Acts, how can one sell personal property and give the money to the apostles if there were no personal property? If there were no personal property, then the government would have owned everything and they would not have had property to sell. If the apostles were somehow the heads of a communal gathering, then they would have had control over everyone else’s property and not the individuals who sold their property.

Second, Paul argues for socialism based upon the statement in Acts 2:44–45, which says, “And all those who had believed were together, and had all things in common; and they began selling their property and possessions, and were sharing them with all, as anyone might have need.” How does this in any way, shape, or form support socialism? The context is clear, because of the common faith these converts had in Christ (see verses 41–43) they were united in their goal to spread their new faith to others. However, we know from the previous context (2:5–11) that many of the new converts were visiting Jerusalem from many other countries; therefore, in order to support the physical needs of the out-of-towners while they were being instructed in their new faith, the entire group pitched in to help pay for their needs. The statement that the believers “had all things in common” meant that many gave their private property to the cause of supporting the new congregation. This statement demonstrates the fruit of the Spirit at work in their lives so that they willingly gave of their material wealth just as many believers do today from their private property.

Third, Paul says the reason Ananias and Sapphira were killed by the Holy Spirit in Acts 5 was because they refused to hand over all of their property to the authorities because the community was to own all. Such a view, in light of the context, is preposterous! Paul ignores verse 4 in which Peter says to the couple, “While it remained unsold, did it not remain your own? And after it was sold, was it not under your control?” Such statements by Peter do not support Paul’s notion that Ananias and Sapphira were killed for not being good socialists. Instead, they fall within the viewpoint of the rest or the Bible that the couple’s land was their private property, as well as the money received from the sale of their land. The problem with what Ananias and Sapphira were doing was lying about the amount they were giving to the early church. Ananias and Sapphira made it look like they had offered their entire proceeds from the sale of their land when in reality they had kept part back for themselves. Such deceit was not a fruit of the Holy Spirit and the Lord demonstrated early on that indeed the Spirit of God was in their midst because only Ananias and Sapphira would have known that they lied to the apostles.

What Would Jesus Do?
The claim that Jesus is a socialist is a claim that is not true. This and similar claims have been commonly made by liberals for at least the last one hundred and fifty years. Liberals do not believe that the Bible is the inspired, inerrant Word of God and therefore attempt to take the narrative sections of the New Testament (Matthew, Mark, Luke, John, and Acts) and manipulate the meaning of these texts in order to support their preconceived ideas. They apparently think that such an approach will appeal to those within the Church who would not otherwise be open to their views. Therefore when Jesus makes statements about the poor and against the rich, they fail to see from the contexts what He intended. Instead, they bring in their socialist notion of class warfare as if the poor and the rich are not equally sinners and in need of Christ’s gracious provision.

In our day, we also see that many within evangelicalism are increasingly adopting liberal views (i.e., unbiblical views) about all kinds of things, especially in the political and social areas. Liberals often pull words and phrases from the contexts of passages (liberals are not the only ones that do this) and repackage them within the framework of their own ideas. (This was demonstrated above by Gregory Paul’s article.) Often they attempt to pit Jesus against other sections of the Bible by painting a picture of Jesus that the Bible does not support. They then ask questions of this factious Jesus, like “What would Jesus drive?” They are certain it would not be a SUV. The same is done when they attempt to make Jesus into the leader of socialism. They love to take words from the Bible like “justice.” They repackage it with their standards of justice, instead of God’s standard of justice about which they could care less. Well, Jesus would do what the Bible said he would do and will do in the future. There seems to me zero concern about what Jesus will do at His second coming.

Conclusion
Therefore there are too many so-called “evangelicals” who are advocates of socialism like Jim Wallis of Sojourners, Brian McLaren, Ron Sider, and Tony Campolo, to name just a few. These ideas are being gradually sown into so-called “evangelical” colleges and universities as “social justice” issues. Regardless of what these ideas may be or where they come from, one thing is clear, the Word of God is not their source. In fact the source of such ideas are clearly satanic. According to Bible prophecy the world is being prepared for a time in which socialism will indeed come to dominate the world under the rule of antichrist. Thus, it is not Jesus Christ who is a socialist instead it will be the antichrist who will pose as an angel of light in order to use socialism as a vehicle to temporarily bring in a time when the government will attempt to own all possessions, including the hearts of men. No Jesus is not, has never been, nor will ever be a socialist. The Bible tells us that Jesus will use all eternity pouring out His unlimited blessings and wealth upon believers. Maranatha!