Thoughts on Thessalonians: The Difference Between Night and Day 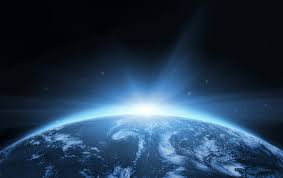 – As I sit down to write this, I do so as someone who has been changed by my interaction with the Word of God.  This has not been a once-for-all type of change, but rather an ongoing change that is constantly affected and reinforced each time that I commit to go further in study for the purpose of knowing what God has said…and it is study, not the causal reading that used to pass for study.   Somewhere along the way I became a believer.  Before, I had the trappings and baggage of a religion; now I have the promises of God that are all fulfilled in the person of Jesus Christ.  Some might say a subtle difference, but I know it to literally be the difference between night and day.

In the last five verses in 2 Thessalonians 2, Paul contrasted the fate of those awaiting salvation with the fate of those who were awaiting perdition (as Thomas put it).[i]   The contrast could not have been starker as Thomas went on to point out that these were the things that would elude those who had not loved the truth.  He summarized the fate of the believer as follows, “What God purposed in eternity was carried out in history that the future might bring them a share in the glory of our Lord Jesus Christ.”[ii]  It was accomplished exclusively by God.  As a believer all they had done was believed…and that’s all that I have done.  It is the essence of God’s grace.

In view of the amazing call of God, the believers were to stand fast and to hold on.  God’s call was to affect the action of their lives.  Constable understood this standing firm in three areas of the believer’s life; they were to maintain their position of faith in God, they were to care for the brethren, and they were to expectantly hope in the imminent return of Jesus Christ.[iii]  They would accomplish this by holding on to the truth that they had been taught.  Although Paul’s request for prayer was separated out and addressed separately, I saw it as another way that God’s calling would affect the lives of the believers.  To pray for the rapid spread of the gospel and the protection of one’s brethren from evil would seem to go hand in hand with standing fast and holding on.  It would be an acknowledgment of the call of God in the lives of others and ultimately an acknowledgment that our fates are joined together as we are joined to form the body of Christ; the church.  “There is one body and one Spirit, just as also you were called in one hope of your calling;  one Lord, one faith, one baptism,  one God and Father of all who is over all and through all and in all.”[iv]  Stand fast, hold on and pray.

There was to be some practical application of the doctrine that Paul had discussed with the Thessalonians in this letter.  In his first letter, Paul had given them some correction; they were not in the Day of the Lord and death was not going to prevent them from participating with Christ at His return to the earth because all believers would be there via the rapture.  This information was supposed to correct those who had incorrectly assumed that they were in the wrath part of the Day of the Lord due to the trials which they were experiencing. It was also meant to correct those who had quit their jobs and settled down to wait on the Lord’s return because they thought it to be so close.  In the mean time they lived off of the labor of the believing brethren.  The correction had not been heeded, hence the need for the second letter.

Paul had given the Thessalonians verbal instruction when he had been with them.  He had demonstrated the correct walk when he had lived among them – one of self-support.  He had written them in the authority of the Lord Jesus Christ and instructed them in the correct behavior as they patiently and expectantly awaited the return of the Lord Jesus.  And still, the error continued.  So Paul kicked it up a notch.  Before , he had requested the church to warn the idle, now he commanded them.  Paul’s second-degree discipline involved the orderly separating themselves from the lazy and the disorderly. (Constable)[v]  It needed to be understood that the behavior of the disorderly was in direct disobedience to Paul’s teaching and example and therefore it was in direct disobedience with Paul’s source and example, Jesus Christ.  Paul restated the command, “Now such persons we command and exhort in the Lord Jesus Christ to work in quiet fashion and eat their own bread.”  He next commended the faithful, “But as for you, brethren, do not grow weary of doing good.”[vi]  If the unruly still persisted in defiance of this command, the faithful were to follow through with the prescribed discipline but they were to do it in the love meant for correcting a brother rather than in the blow meant to destroy an enemy.  The action was one meant to reconcile the brother and in a sense it acknowledged God’s calling in that brother as well as God’s faithfulness to see it accomplished.

I’ll go just a little further.  A brother posted a passage from 2 John this morning and it struck home to my heart in how it related to this 2 Thessalonians passage.  It’s been a while since I was in 2 John but I think I have a better understanding of it now in light of 2 Thessalonians.   “Anyone who goes too far and does not abide in the teaching of Christ, does not have God; the one who abides in the teaching, he has both the Father and the Son.  If anyone comes to you and does not bring this teaching, do not receive him into your house, and do not give him a greeting;  for the one who gives him a greeting participates in his evil deeds.”[vii]  It seems that “abiding in the teaching of Christ” mattered a lot to John; and it mattered to Paul as well.  It should matter to me.

Finally, as I reflect upon the application of what I have learned from the study of Paul’s letters to the Thessalonians, I am struck by what seems to pass for the church in my community.  I realize that my understanding is somewhat incomplete and that it in no way represents the total condition, but still there seems to be something amiss.  Paul commended the Thessalonians in two areas and corrected them in one.  They were steadfast in their faith in the truth, they were steadfast in their love for the brethren, and after correction they were anxiously and yet patiently awaiting the return of the Lord Jesus Christ. They knew that their best life was ahead of them; a life where they would be united together as the church with Christ at the rapture.  As I reflect upon these qualities of the church at Thessalonica, I find them to be strangely lacking in today’s professing church where faith in the truth is a moving target, love for the brethren is given lip service but rarely practiced  and charlatans preach a message that would have the church believe that their best life is now.  While the Thessalonians lived in light of the fact that the return of the Lord was imminent, today’s professing church seems to live as if He isn’t coming back at all.  Maybe they take comfort in a belief that they will in some way usher in the Kingdom as they build this thing they call the church, but that was not what Paul taught under the authority of Jesus Christ.  It serves to further example how far the professing church has strayed from the love of the truth.  It perhaps explains in part the current practices of the professing church that look more like business models or military campaigns with the result that truth always seems to be the casualty.  But here is where I take great comfort; the professing church is not necessarily the church that Christ said He would build.  Christ continues to build His church one believer at a time and He will continue to do so until He is finished; and then He is coming to get her, His bride, His body, His church.  Then as now, you’ll be able to recognize these believers saved by God’s grace; they love the truth, they love the brethren, and they are anxiously awaiting the return of their Lord.  It is the difference between night and day.