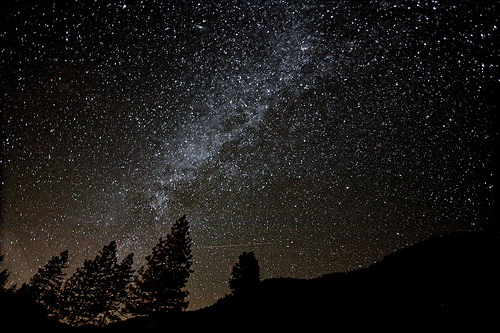 – Recently at Oak Tree Church I taught on Ephesians 1:7-12, emphasizing the freedom we gain through Christ’s salvation.

However, in this passage there is an important phrase that I did not have time to address. Paul wrote:

In him [Jesus] we have redemption through his blood, the forgiveness of our trespasses, according to the riches of his grace that he lavished on us in all wisdom and insight. He did this when he revealed to us the secret of his will, according to his good pleasure that he set forth in Christ, toward the administration of the fullness of the times, to head up all things in Christ– the things in heaven and the things on earth. In Christ we too have been claimed as God’s own possession, since we were predestined according to the one purpose of him who accomplishes all things according to the counsel of his will so that we, who were the first to set our hope on Christ, would be to the praise of his glory. Ephesians 1:7-12

What in the world does “toward the administration of the fullness of the times” mean in verse 10?

If we were to take the whole thought by itself, this is what we get:

He did this [redeemed us, forgave us, and lavished his grace upon us] when he revealed to us the secret of his will…toward the administration of the fullness of the times, to head up all things in Christ.

In verses 3-6, we find that God’s will in salvation is to make us holy (vs. 4) and to make us family (vs. 5). God’s will is not secret, and it has been his will since Adam sinned. God wants people to be separate from all sin and to be part of his eternal family. No secret there.

When it comes right down to it, the main theme of the Bible is that God is going to bring glory to himself in all things, and primarily by fulfilling the promises he has made over the years.

So, back to “the administration.” Paul used the word oikonomia, translated here as “administration.” It’s a compound word of oikos (“house”) + nomos (“law”), and essentially means “the rule of the house.” In other places it’s translated “dispensation” and “economy.” (Do you hear “economy” inoikonomia? Pretty cool, huh?)

Each of these “administrations” or “dispensations” is distinguished from the others by new information (or “revelation”) that God provided to show people how to live during that time, the “rule of the house” that they would be accountable for. It sees God as an administrator of a great “house,” where his government is the rule the people of the house are to follow.

In Ephesians, Paul points out that there are at least three of these dispensations. In Ephesians 3:5, Paul spoke of the time of “former generations” that did not know the information about the Church that God had revealed to Paul, who was now passing it along to them.

Of course, that means that the Church, which has this new information from God, is set apart as a second dispensation. Paul clarifies that just a few verses later in 3:10.

The purpose of this enlightenment is that through the church the multifaceted wisdom of God should now be disclosed to the rulers and the authorities in the heavenly realms. Ephesians 3:10

So there are two – at least one before the Church began, and the time of the Church. But in our Ephesians 1 passage, Paul mentions one more: “the administration of the fullness of times.” After the Church, there will be at least one more dispensation, or period of God’s rule which will come with even more revelation than we have now. It is during this rule that God will bring to fulfillment everything that has come before it – “the fullness of times.”

I believe that this is the promised Kingdom period during which Jesus will physically rule on Earth for 1,000 years (see Revelation 20:1-7). During this time, the promises God made to Abraham, Isaac, Jacob, and David – and the ones made through the prophets – will all come to pass:

Of course, many Gentiles will participate in these blessings, too, because God told Abraham that all the families of the earth will be blessed through him (Genesis 12:3).

So how does this fit in Ephesians 1? God’s plan of salvation “that he set forth in Christ…to head up all things in Christ– the things in heaven and the things on earth” will finally come to fruition during his kingdom rule, “the administration of the fullness of times.”

“People will no longer need to teach their neighbors and relatives to know me. For all of them, from the least important to the most important, will know me,” says the LORD. “For I will forgive their sin and will no longer call to mind the wrong they have done.” Jeremiah 31:34

What a day that will be!