Why Are There Four Gospels? Part 2 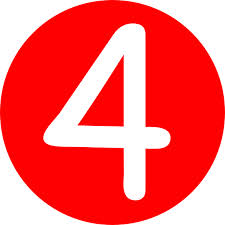 – Matthew – The Gospel to the Jews

Mark – The Gospel to the Romans

That the Roman people would need their own authorized Gospel account would be as logical as believers in the United States saying they need the Bible written in our English language so that Americans can hear God’s truth. Since Rome was clearly the leading cultural influence of the day on every level of existence, a Gospel that was tailored to them would be a necessity for Christians determined to fulfill the Great Commission in that day.

Mark also helped his readers with Aramaic phrases by translating their meanings right in the text. And lastly, there is a significant point to be made from the wording of 15:39, which quotes a Roman centurion, while looking upon the body of Jesus who had just died hanging on the cross: “And when the centurion, which stood over against him, saw that he so cried out, and gave up the ghost, he said, Truly this man was the Son of God.” Of the three times Mark quotes a person pronouncing this confession, twice it is the voices of demons; and this time it is a Roman. The only person who came to this realization on the powers of his own observation was a Roman.

Luke – The Gospel to the Greeks

Luke not only had the benefit of the Apostle Paul for authority, but he no doubt had the opportunity to intersect with other eyewitnesses as well. We know he accompanied Paul to Jerusalem where the apostolic company was located. For Luke not to have had the occasion to speak to all of these men who were eyewitnesses is implausible. Luke himself claimed this highest level of sourcing in Luke 1:1-2 – “Forasmuch as many have taken in hand to set forth in order a declaration of those things which are most surely believed among us, Even as they delivered them unto us, which from the beginning were eyewitnesses, and ministers of the word.” Luke’s Gospel was directly tied to the eyewitnesses of the life and ministry of Jesus Christ; he then organized their reports into an authorized account that would be provided to this man Theophilus.

John – The Gospel to the World

To sum up this part of the presentation, we see that God distinctively crafted four different writers from four walks of life, experience, and perspective with unique concerns and interests to bring forth four equally authoritative documents that together would tell the whole story of Jesus to every people group.

Next, we consider a second important reason for four Gospels.