The Second Coming Of Christ: Myth or Reality (Part II) 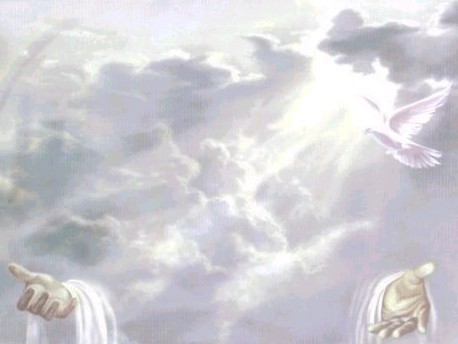 – When is the Time of the Second Advent?

The Bible does not disclose when Christ shall return. The Lord Said,

“But of that day and hour knoweth no one, not even the angels of heaven, neither the Son, but the Father only. And as were the days of Noah, so shall be the coming of the Son of man.”(Matt 24:36-37)

Many times in the Bible, the Second Coming of the Lord is described without any exact time of His return. The Bible tells us that He will come in an hour when no one thinks He will come (Matt. 24. 45). Nevertheless, He gave some signs that will shows that the time is near (Matt. 24). Like the “faithful and wise servant”, we have to watchful; waiting patiently for the Lord’s coming while doing the work He asked us to do (Matt. 28. 18-20). The Lord’s patience should not be taken for granted. The Apostle Peter, on the Lord’s Second Advent, wrote in his second epistle wrote,

“Knowing this first, that in the last days mockers shall come with mockery, walking after their own lusts, and saying, where is the promise of his coming? For, from the day that the fathers fell asleep, all things continue as they were from the beginning of the creation.  For this they willfully forget, that there were heavens from of old, and an earth compacted out of water and amidst water, by the word of God; by which means the world that then was, being overflowed with water, perished: but the heavens that now are, and the earth, by the same word have been stored up for fire, being reserved against the day of judgment and destruction of ungodly men.  But forget not this one thing, beloved, that one day is with the Lord as a thousand years, and a thousand years as one day. The Lord is not slack concerning his promise, as some count slackness; but is longsuffering to you-ward, not wishing that any should perish, but that all should come to repentance. But the day of the Lord will come as a thief; in the which the heavens shall pass away with a great noise, and the elements shall be dissolved with fervent heat, and the earth and the works that are therein shall be burned up.” (2 Peter 3:3-10)

The reasons of the Lord’s Second Advent

Before exposing the reasons of the Second Coming of the Lord, is it judicious to draw attention to the fact that the coming of Jesus Christ into the air receive the Church – His bride- is in no way connected to His coming to the earth to judge Israel and the nations and to reign on the throne of David for a thousand years[1]. His coming into the air to receive His bride unto Himself is aimed at delivering her from the tribulation to come (John 14. 1-3; 1 Thes. 4.16-17). However, the event described in Revelation 19: 11-16 and 20, is taking place many years after the first event (1 Thes.4:16-17) and has a completely different aim. According to the passages of Revelation, the Lord will come to:

In fulfillment of the covenant and promise made to David (2 Samuel 7.16), the re-establishment of the kingdom of David will take place at the Second Coming of the Lord. God cannot deny Himself. He made a promise and it will be kept. King David was promised a son who will reign forever on the throne and as the son of man, son of David, the Lord Jesus is coming to fulfill the promise. Rev. Dr. Losier wrote,

We are all accountable to God; whether believer or unbeliever. Besides being a God of love, our God is also a God of justice. We shall all stand before Him to account for our living. The Bible teaches that, the believers will be judged at the rapture. Romans 14.10 reads,

“For we must all be made manifest before the judgment-seat of Christ; that each one may receive the things done in the body, according to what he hath done, whether it be good or bad.” The “Judgment seat” will be a place of reward and not condemnation and reproof.

The Bible talks also about the judgments that will take place at the Second Coming of Lord Jesus. They are three of them.

“For, behold, in those days, and in that time, when I shall bring back the captivity of Judah and Jerusalem, I will gather all nations, and will bring them down into the valley of Jehoshaphat; and I will execute judgment upon them there for my people and for my heritage Israel, whom they have scattered among the nations: and they have parted my land, and have cast lots for my people, and have given a boy for a harlot, and sold a girl for wine, that they may drink.” (cf. Matthew 25: 31-46)

When the Lord returns on earth, He will judge the Gentiles who have survived the Tribulation. Those who are righteous among them –the “sheep”- will be welcomed into the Kingdom and those who unrighteous –the “goats”- will be driven away.

–       The second judgment is in relation to the Jewish people. Paul Benware wrote,

“When the Lord returns, He will defeat the enemies at Armageddon. At that time the people of Israel will be regathered from all over the world to the land of Israel (Matt.24:31). The Lord will then determine which are saved and which are unsaved. The righteous of Israel will allowed to enter into the Messianic Kingdom and to experience the fulfillment of God’s covenant commitments to the nation. But the “rebels” in Israel (The unsaved) will be cut of off and will not be allowed into the kingdom (cf. Ezek. 20: 34-38; Matt. 25: 1-30).”[3]

–       The third one takes place immediately after the Tribulation period. It will be the Old Testament and Tribulation saints. Commenting on the passage of Daniel 12. 2-3, Benware says,

“Daniel 12: 2-3 is set in the context of the Tribulation and speaks of the resurrection and rewarding of the saints of God. Daniel 12: 2-3 speaks of the resurrection of both the righteous and the unrighteous without indicating that any time exists between the two…When Daniel 12: 2 -3 is combines with Revelation 20: 4-6 we are able to see that the righteous are raised and rewarded before the millennial kingdom, whereas the unrighteous are raised after the thousand –year reign of Christ.”[4]

In conclusion, it can be said that the Lord’s Second Coming or Second Advent, is not a myth and will never be. As real as the first coming, His Second Coming is a fact that everyone should take at heart. The Bible assures us the Lord is going to come at God’s appointed time to establish His Kingdom and rule here on earth and also, to judge the Jews and the Gentiles. He will come when nobody waits or expects and fulfill God’s Word. Rev. Dr. Losier said, “The end of age is not a very encouraging outlook for those under the spell of Satan! We as believer need to test the course which we are setting, as to our aims in preparing for the coming of the Lord. Search the Scripture thoroughly, so that your priorities match God’s revelation.”[5]

[1] Chafer explains that in the first event described in 1 Thessalonians, the movement is “upward” while in Revelation 19, it is “downward”. He goes on to clarify that “These two events, though not always clearly distinguished in every Scripture, are naturally classified by the character of the conditions and incidents accompanying them” in Systematic Theology vol. 5&6, p. 288