A Brief History of Early Premillenialism 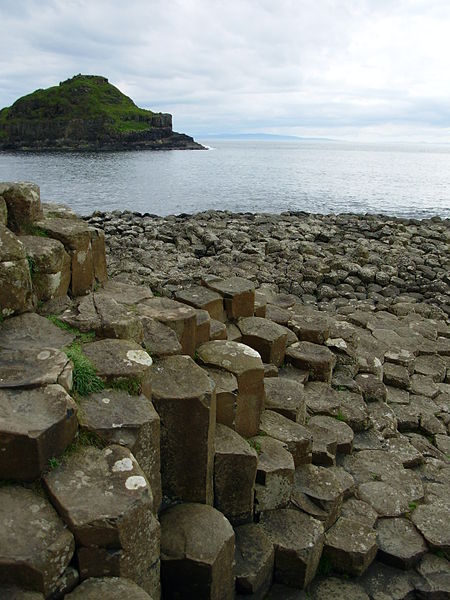 – I believe that premillennialism is so clearly taught in Revelation 19 and 20 that I still cannot understand how anyone can think otherwise without realizing deep down that they are going against the biblical text. A kingdom reign of the Messiah was just as clearly taught in the Old Testament. Jesus and His Scripture writing disciples also support the notion of an earthly kingdom headed by the Messiah. Such clearness in the Bible provides the likely reason why the early church fathers who spoke on this matter were all premillennialists.

The first premillennialists were those who received God’s revelation and wrote it down in the Bible. Eusebius tells us that one of the earliest church fathers that had heard the Apostle John and others who had known the Lord and His Apostles was Papias (A.D. 60–130) the bishop of Hierapolis in Phrygia, Asia Minor. Papias taught “that there will be a millennium after the resurrection of the dead, when the kingdom of Christ will be set up in material form on this earth.”(1) Irenaeus (A.D. 130–202) tells us that Papias “related that they had heard from him how the Lord used to teach in regard to these times” (the millennium) in book 4 of Papias’ writings, which are no longer extant, except a few fragments. Papias is recorded as saying: “there will be a millennium after the resurrection from the dead, when the personal reign of Christ will be established on this earth.”(2) Polycarp (A.D. 70–155), bishop of Smyrna, is also said to have been a premillennialist.(3) The Epistle of Barnabas (written between A.D. 120–150) presents the common belief that “in six thousand years, all things will be finished. . . . then shall He truly rest on the seventh day.” The writer speaks of the second coming of Christ with the clear implication that He will set up the thousand year kingdom on earth, followed by the eight day or the eternal state.(4)

But I and others, who are right-minded Christians on all points, are assured that there will be a resurrection of the dead, and a thousand years in Jerusalem, which will then be built, adorned, and enlarged, as the prophets Ezekiel and Isaiah and others declare.(5)

Justin considered premillennialism an aspect of orthodoxy in his day.

And further, there was a certain man with us, whose name was John, one of the apostles of Christ, who prophesied, by a revelation that was made to him, that those who believed in our Christ would dwell a thousand years in Jerusalem; and that thereafter the general, and, in short, the eternal resurrection and judgment of all men would likewise take place.(6)

Two of the greatest ante-Nicene fathers were Irenaeus and Tertullian (A.D. 160–230). Irenaeus grew up in Asia Minor and was discipled by Polycarp, who knew the Apostle John. Irenaeus had a very extensive view of Bible prophecy in his last five chapters of Against Heresies, which were suppressed throughout the Middle Ages by anti- premillennialists and rediscovered in 1571.(7) The restoration of a more literal interpretation and reading of the early church fathers by many post-Reformationists led to a revival of premillennialism in the early 1600s.(8) Irenaeus’ writings played a key role because of their clear premillennial statements. “John, therefore, did distinctly foresee the first ‘resurrection of the just,’ and the inheritance in the kingdom of the earth,” he says, “and what the prophets have prophesied concerning it harmonize [with his vision].”(9) Again, Irenaeus declares:

But when this Antichrist shall have devastated all things in this world, he will reign for three years and six months, and sit in the temple at Jerusalem; and then the Lord will come from heaven in the clouds, in the glory of the Father, sending this man and those who follow him into the lake of fire; but bringing in for the righteous the times of the kingdom.(10)

Tertullian, who gave us the Latin word “Trinity,” was also a strong premillennialist. He makes his premillennialism clear when he says the following:

But we do confess that a kingdom is promised to us upon the earth, although before heaven, only in another state of existence; inasmuch as it will be after the resurrection for a thousand years in the divinely-built city of Jerusalem, “let down from heaven,” which the apostle also calls “our mother from above;” and, while declaring that our citizenship is in heaven, he predicts of it that it is really a city in heaven. This both Ezekiel had knowledge of and the Apostle John beheld.(11)

Another outstanding premillennialist of the early church was Lactntius (A.D. 250– 330) of North Africa. He wrote an important defense of Christianity that was the first systematic expression of Christianity called The Divine Institutes, which included a section on prophecy. Lactntius said:

But when the thousand years shall be completed, the world shall be renewed by God, and the heavens shall be folded together, and the earth shall be changed, and God shall transform men into the similitude of angels, and they shall be white as snow; and they shall always be employed in the sight of the Almighty, and shall make offerings to their Lord, and serve Him for ever.(12)

Virtually everyone who wrote on this topic for the first two to three hundred years of the church’s history were premillennialists. The list would include individuals like Clement of Rome, who wrote a letter to an early church around A.D. 95;(13) Ignatius of Antioch, who is said to have been a disciple of the Apostles John and Peter. Early church tradition tells us that he was thrown to the lions in A.D. 107.(14) Theophilus of Antioch (A.D. 115–181), who wrote one of the first accounts of primitive church history.(15) Tatian of Assyria, who died in A.D. 167; Melito, Bishop of Sardis, who died in A.D. 170; Clemens Alexandrinus, who was a contemporary of Justin Martyr; Hippolytus, a disciple of Irenaeus, was martyred in A.D. 230 for his faith. Victorinus, Bishop of Pettau who died in A.D. 303; Methodius, Bishop of Tyre died in A.D. 311; an Egyptian bishop named Nepos of the third century; Cyprian, Bishop of Carthage was martyred in A.D. 258; and Commodians, a Christian historian, who wrote about A.D. 250.(16) Others could be added to the list.

It is generally recognized within the scholarly world of early church historians that premillennialism was the most widely held view of the earliest church tradition. One of the leading experts on the doctrine of the early church is J. N. D. Kelly, who says, “millenarianism, or the theory that the returned Christ would reign on earth for a thousand years, came to find increasing support among Christian teachers. . . . This millenarian, or ‘chiliastic’, doctrine was widely popular at this time.”(17) “The great theologians who followed the Apologists, Irenaeus, Tertullian and Hippolytus, were primarily concerned to defend the traditional eschatological scheme against Gnosticism,” explains Kelly. “They are all exponents of millenarianism.”(18) Philip Schaff, the dean of American church historians and himself a postmillennialist, provided the following summary of the early church’s view of the millennium:

The most striking point in the eschatology of the ante-Nicene age is the prominent chiliasm, or millenarianism, that is the belief of a visible reign of Christ in glory on earth with the risen saints for a thousand years, before the general resurrection and judgment. It was indeed not the doctrine of the church embodied in any creed or form of devotion, but a widely current opinion of distinguished teachers, such as Barnabas, Papias, Justin Martyr, Irenaeus, Tertullian, Methodius, and Lactantius.(19)

European scholar and church historian, Adolph Harnack echoes Schaff and tells us, “First in point of time came the faith in the nearness of Christ’s second advent and the establishing of His reign of glory on the earth. Indeed it appears so early that it might be questioned whether it ought not to be regarded as an essential part of the Christian religion.”(20)

The Bible is the sole basis from which a Believer in Christ should learn what is true. What others have believed down through church history is really not the issue. However, when we believe the Bible teaches a particular doctrine, it is not surprising that others who have read the Bible see the same thing. This is exactly what we find in the early church in regards to premillennialism before allegorical interpretation began to dominate. Maranatha!

4 The Epistle of Barnabas, chapter 15.