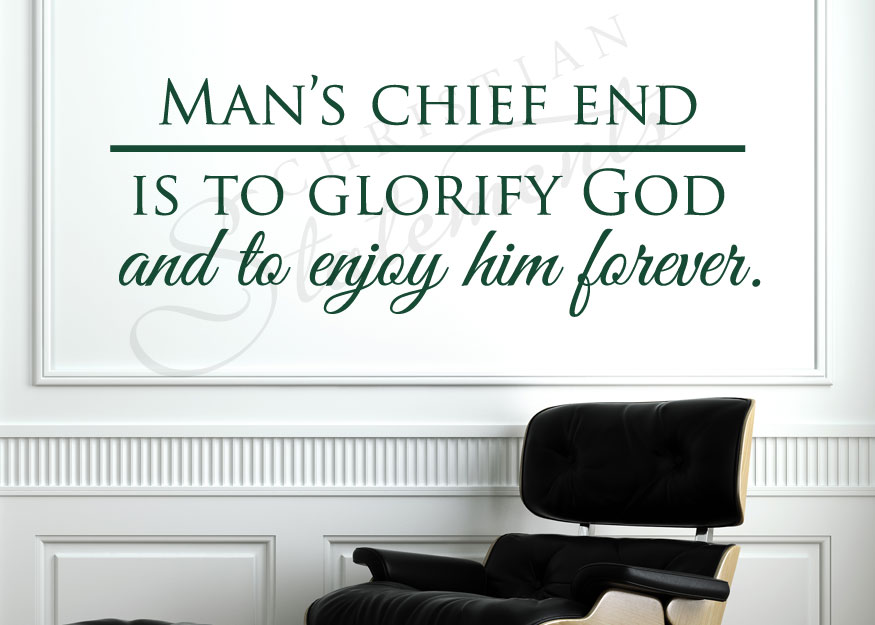 Holy living results in bringing pleasure to God and to man himself. Colossians 1:10 commands Christians to “walk in a manner worthy of the Lord, to please Him in all respects, bearing fruit in every good work and increasing in the knowledge of God” (see also 1 Thes. 4:1, Heb 13:16, etc.). When Christians walk in a manner worthy of their calling, this pleases God. This should be motivation enough as God has designed man to will and to work for His good pleasure (Philippians 2:13). In the course of this process, the Christian will find his own desires satisfied (Psalm 37:4).  For as Lewis has said, God designed man to find his supreme happiness in God alone:

What Satan put into the heads of our remote ancestors was the idea that they ‘could be like Gods’—could set up on their own as if they had created themselves—be their own masters—invent some sort of happiness for themselves outside God, apart from God. And out of that hopeless attempt has come nearly all that we call human history—money, poverty, ambition, war, prostitution, classes, empires, slavery—the long, terrible story of man trying to find something other than God to make Him happy. The reason why it can never succeed is this. God made us: invented us as man made the engine. A car is made to run on gasoline, and it would not run properly on anything else. Now God designed the human machine to run on Himself. He Himself is the fuel our spirits were designed to feed on. There is no other. That is why it is just no good asking God to make us happy in our own way without bothering about religion. God cannot give us a happiness apart from Himself, because it is not there. There is no such thing (C. S. Lewis,Mere Christianity; a Revised and Enlarged Edition, with a New Introduction of the Three Books, the Case for Christianity, Christian Behaviour, and Beyond Personality New York,: Macmillan, 1952, 53-54).

Thus, as John Piper and others have concluded, the chief end of man is to glorify God by enjoying Him forever. Once this end is acknowledged man has the appropriate motivation to love God and others. Piper writes, “We were made to see and savor God—and savoring Him, to be supremely satisfied, and thus spread in all the world the worth of His presence. Not to show people the all-satisfying God is not to love them. To make them feel good about themselves when they were made to feel good about seeing God is like taking someone to the Alps and locking them in a room full of mirrors” (John Piper, Don’t Waste Your Life, Wheaton, Ill.: Crossway Books, 2003, 33). Rather than attempting to motivate people by telling them that they could lose their salvation, or for that matter constantly questioning whether they ever had it to begin with, theologians and pastors should focus on reminding them of their divine-given purpose of glorifying the God who so generously provided salvation in the first place.